The Journal of Law and Society and the Gender and Sexuality Forum:NUJS Chapter jointly organized a lecture by Professor Saptarshi Mandal of Jindal Global Law School at NUJS on 9th January. The topic of the lecture was “Familiarizing The unfamiliar in Marriage: The Case of Sodomy as a Ground for Divorce”.

Professor Mandal began by tracing the historic origin of sodomy as a ground for divorce. He went on to explain how the provision in India had evolved in India. Using various cases and court judgements he elaborated on the various aspects of this legal provision. In course of his lecture he also made references to Section 377 of the Indian Penal Code attempting to highlight the dichotomy existing within Indian law.

After the lecture, queries from the audience were entertained. Members of the audience sought clarifications on various concepts which he mentioned during his lecture. Professor Mandal readily explained these ideas in order to facilitate a clearer understanding of the topic which had been discussed. At the end, the audience members were of the opinion that the lecture had engaged them greatly and they had gained substantial knowledge in a previously unknown area. 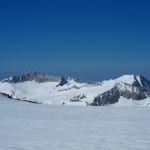 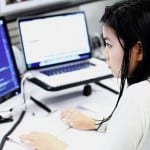