The term Lava Cake Strain leaves us in a thought that it’s a chocolate-filled dessert, but it looks way different from the lava cake in reality.

Lava Cake strains are not a dessert but a crossed breed of marijuana. That’s surprising for sure, but Lava Cake Strains are used for smoking.

These herbs are a result of the crossbreed, which has taken the world by surprise. The lava cake dessert inspires the name because of its chocolate and mint flavor.

Found in abundance in California, Lava Cake Strain is something that the world needs to be aware of. So let’s explore the world of these new kinds of marijuana and their pros and cons on the users’ health.

1. What is Lava Cake Strain? 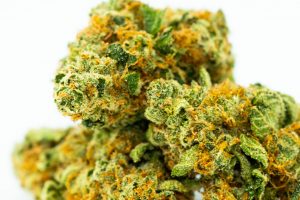 Lava Cake Strain is considered as one of the rarest Indica dominant hybrids. It is believed that the cake strains are one of the latest strains that have come from the thin mint Girl Scout cookies family.

The lava cake strain is a crossed product of grape pie and thin mint GSC.  The breeding is possible because of cannarado genetics, which is responsible for releasing a sweet and delicious flavor.

The crossbreeding of two variants has resulted in the creation of lava cake, which has seventy percent of Indica dominant, whereas it consists of thirty percent of Sativa genetics. The level of THC remains around 13 to 22 percent, which is moderate.

The overall taste that lava cake releases have a hint of mint in it, has made it one of the most loved marijuana breeds of its time. It is loved by smokers and is quite a popular element in the United States.

The Lava Cake appearance is similar to the marijuana buds, which appears somewhat like a dried up popcorn and chicken nugget.

These have a denser structure, and the nugs have orange and purple hues on it. You can easily identify lava cake from regular marijuana.

The color of the lava cake is somewhere between olive green to dark green. The cake is covered in orange pistils, which gives the buds a different glowing appearance.

These lava cake strains grow in huge bundles, and when the flowers mature, these are broken down into smaller pieces. 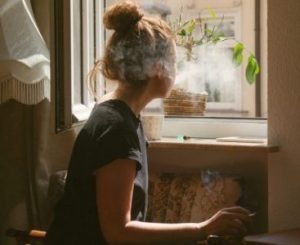 The smells of the strains have always been compared with some freshly baked items or delicious dessert. The smell and taste of this marijuana are mouth-watering, as claimed by several of its users.

The scent of lava cake is often compared with vanilla-flavored desserts because of the freshness it is loved by the cultivators and users alike.

The taste or smells of these strains are quite exotic and refreshing. With the maturity of the flowers, the smell changes, and it becomes fruitier. The center of the flowers has a higher scent concentration.

After the full maturity, the smell is described as a combination of vanilla, pine, and lemon. When burnt, it releases the smell of herbs. The flavor of nugs of lava cake depends on factors like the environment and temperature of the area.

Some lava cake variances release some minty chocolate, lemon, and sugary taste when inhaled. While the smoke remains inside, it gets more intense and creamier. Upon release, the taste leaves chocolate and mint flavors.

With more hits, the taste becomes better, and chocolate, which is why people love this new variant of marijuana.

2. Brief about the composition of Lava Cake 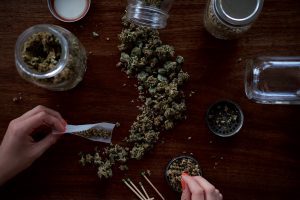 Thin Mint Girl Scout Cookies is the first type of marijuana variant that is used for the production of lava cake strain. The minty flavor of the cake is said to be derived from this breed.

The composition of thin mint is equally divided; because it has half of Sativa’s qualities and the other half is from Indica genetics. The ratio stands at fifty-fifty, which makes it a unique strain.

Thin Mint is also a product of a crossbreed between Durban Poison and OG Kush. These are two popular breeds that have helped in creating thin mint, which is a perfectly balanced variant.

The THC level of thin mint is around 24%, which is higher than the lava cake strain. It has a more powerful effect than other variants, and its flavor is that of a mint. That’s why it has been named a thin mint.

Grape Pie is another crossbreed variant which is used in the cultivation of lava cake strain. Grape Pie is more of an Indica variant, and it is also a product of cross-breeding.

Cross-breeding Grape Stomper and Cherry Pie has made grape Pie. The strain has a dominant fruity and berry kind of flavor, and this flavor can be experienced in lava cake strain as well.

Although grape pie is an Indica dominant, it also has thirty percent of Sativa content and seventy percent of Indica.

The THC level of grape pie is around 20%, which is a few percent lower than the thin mint. It is a crossbreed product. Lava cake has moderate THC content, which makes it milder by product.

THC has been frequently mentioned in the whole article. That is why it is important to have some knowledge about it. THC stands for Tetrahydrocannabinol, which is responsible for providing that high feeling.

THC is responsible for affecting thinking, memory, concentration, and many other brain changes. The level of THC is important in making marijuana legal.

THC also has negative side effects, and higher concentration in any substance will get it banned by the government. But lava cake has more positive effects than negative ones, which is beneficial for our health.

3. How is Lava Cake Strain Cultivated? 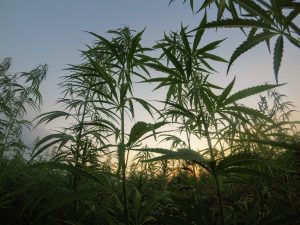 The first thing that needs to be mentioned is that finding someone who grows original lava cake strain is a challenging task. The cultivation of lava cake is not commonly done, which makes it a rare strain to find in the world.

Some believe that lava cake strain came into the sight of the world in 2018, which proves that it is quite new to the world. It is believed that the original lava cake is hard to find, and the product available in the market by the same name are considered as a clone.

Those who have grown lava cake mentions that it requires the same methods as any other indicia dominant variety of marijuana does. The plant grows bushier in an ample amount of light.

The presence of sunlight is important for the growth of plants as more light boosts the height of the plants. The height of lava cake plants can range from five to seven feet.

Trimming off extra leaves is suggested for better production of the lava flowers because it increases air and sunlight flow. Keeping a check of the insects like spiders will help in the safekeeping of the precious buds.

One of the best features of lava cake strains is it’s outdoor as well as indoors harvest. While growing lava cake in the indoor environment, the cultivation will last for nine weeks. The indoor harvest yields a lower amount of buds.

In the outdoor environment, the lava cake harvest grows quite well. The harvest is done in October because the plants need warmer weather, and yields are higher in quantity. 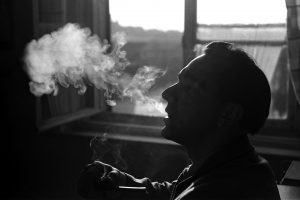 The feeling that kicks in after the hit is the effects of the lava cake strain. There is a buzz in the head, and slowly the body experiences a deeply relaxing state.

It is one of the best ways of ending a long day while letting your body buzz a little. The mind enters a calm state, and things began to slow down.

The best thing about lava cake strain is that it doesn’t bring dizziness along. You won’t feel sleepy after the hit, which makes it one of the best choices for relaxation at the end of the day.

Lava cake has been effective in loosening muscles and mental stress as well. The body high won’t make you feel like you need a couch locking, and at the same time, you won’t feel like moving as well.

Lava cake is known for boosting creativity, and several artists use it for writing songs, thoughts, and other works that require thinking. 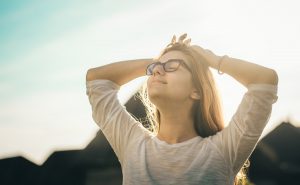 The list of health benefits of lava cake strain is quite long. A moderate level of THC level in lava cake allows us to experience a soothing effect.

Lava cake is used for therapeutic purposes. It is best suggested for dealing with chronic pain—the mental effects of using lava cake results in positive outcomes.

The euphoria helps in keeping a calm state of mind and helps in avoiding anxious thoughts. Lava Cake has helped reduce any unease or while lowering heart rates. Lava cake is suggested for those who have problems like PTSD, OCD, and depression as well.

People who have insomnia are advised to use lava cake as it induces a minimal level of sleep but can help a few cases.

The major impact of lava cake happens on the users’ mood, as it has been a proven element effective in mood upliftment. All the negative emotions vanish just after two or three hits.

Lava cake strain has a long list of medicinal benefits, and it also helps in dealing with problems like migraine and back pain issues.

Those who don’t feel hunger quite often or even at an acceptable rate are recommended to use lava cake. It has been in use for inducing hunger, which helps in maintaining a healthy body. 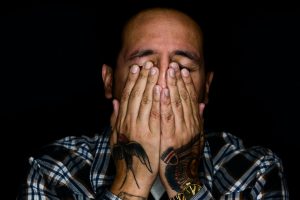 There are several advantages of lava cake strain, but a minor level of cons has also tagged along among them.

The vivid users experience dryness in the mouth after using lava cake, which is caused by THC’s presence, and some also claim to have foul-smelling breath.

It’s advisable to use breath enhancing mints for dealing with foul breath, and drinking lots of water would help prevent dry mouth.

First-time users of lava cake but a regular smoker may not feel any difference. Overusing lava cake strain can cause extreme euphoric feelings and a rush of emotions.

A little exhaustion has been felt by several as an aftermath results. Heartbeat acceleration and racing thoughts are some common effects. The effects of lava cake are different for different people.

Laziness and heavy feeling on the chest are some of the minor levels of adverse effects felt by a few people or first-time users.

Some chances of overdosing may lead to panic and paranoia. So, the limited use of lava cake is important because overdosing will not show any positive results. 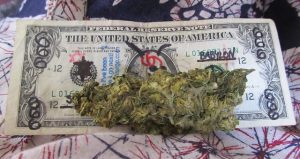 The three areas West Coast, Nevada, and Arizona, are the best supplier of lava cake in the United States. Being a legal product in the United States, Lava cake is easily available in the market. It would be best if you were over the age of 21 for being able to make a purchase.

Several sellers have become active online, and they sell numerous other variants of marijuana on the website. You can buy a smaller quantity of lava cake at around $55.

There are a lot of herbs and naturally grown substances that have taken over the world. Smokers from around the world are now more inclined towards using herbs as smoking ingredients.

Lava cake strain is still new to the world, in a similar way that fronto leaves are. These natural ingredients have developed more fans these days.

If you haven’t given a try to lava cake strain, it needs to be tried out. Laden with positive benefits and soothing effects, smoking lava cake is one of the best ways of ending your day. 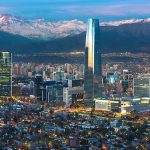