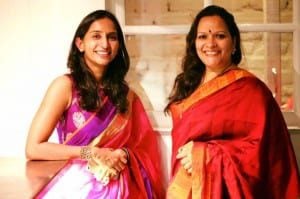 With over 8000 members, Ally Matthan, co-founder of #100sareepact, happily boasts of how a simple message of reviving the age-old tradition of wearing sarees has touched thousands of hearts all over the world! So here’s presenting to you a conversation with the co-founder herself, exclusively on Icy Tales!

The #100sareepact stemmed from a casual conversation between two friends Ally Matthan and Anju Maudgal Kadam.

Ally Matthan had just received a bundle of sarees from her ailing grandmother, and Anju had several sarees worn in her previous career as a journalist. The term #100sareepact was coined by Ally Matthan. Ally and Anju met on social media.The love for their sarees and the stories that came with them prompted them to mutually agree to wear their sarees 100 times this year and share the stories around them. 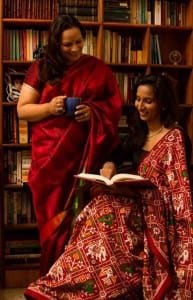 The #100sareepact is just a way to show your sarees the love they deserve by wearing them and sharing stories and experiences around them.

From a personal perspective, lots of the sarees I have are attached to close family members and friends. My mother, grandmother in particular. This year I have also learned about the people and places and their experiences and stories that go into bringing these beautiful weaves into our lives.

I wear a saree every day now because I love it. 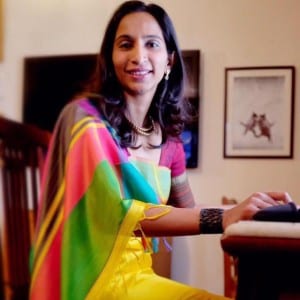 I have personally not been involved in any promotional activities. It is my personal belief that the pact should be kept pure and noncommercial for anyone who would like to make it their own by showing their saree love. People meet and get together as bonds are formed over our sharing, but I do not endorse any website, book, movie, etc. in relation to the pact.

I have been going into villages to see, understand and experience how sarees were conceptualized and born. In Puttapakam, a weaver followed a friend, Sreemathy Mohan from Chennai and asked for a picture. As it turned out, we were very embarrassed but found out that he recognized the saree as one that he had made and wanted a picture with the person wearing it as in his village he had not seen any woman wearing one of his sarees. This moved me profoundly, these stories and the people who live them must be valued and cherished. 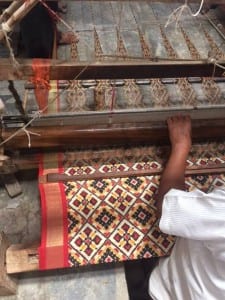 Your future goals/dreams about the #100sareepact. 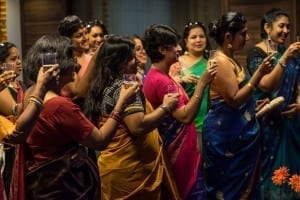 I have never had any goals or and agenda in relation with the #100sareepact. My aim was to wear sarees 100 times this year. It started simply and should end with its same humble intentions. To each person who has made the pact their own, it is up to them to enjoy it the best way they can. The pact has given us so very much, that I believe it is time for us to give back too.

If you share the same love for sarees and want to take part in it, do not hesitate to join the group: