Harry Hart of Kingsman is James Bond in all but name, and he knows it. 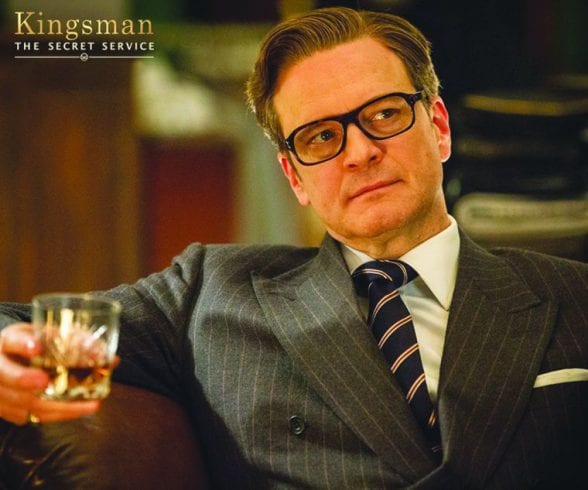 No, he does. He really, REALLY does!

The superspy (going by the uber-pretentious codename of Galahad) does not shy away from twirling his gun on his index finger in the most obnoxiously cool way imaginable or shooting bullets through the tip of his hi-tech umbrella or springing amnesia-darts on unsuspecting civilians. He takes on a gang of thugs in a hotel room singlehandedly and beats the crap out of healthy, violent men half his age without getting a scratch on his own body, but not before locking the gates ominously and delivering this horribly menacing dialogue in the most subtle and gentlemanly way possible:

Um, listen, boys. I’ve had a rather emotional day, so whatever your beef with Eggsy is – and I’m sure it’s well founded – I’d appreciate it enormously if you could just leave us in peace, until I can finish this lovely pint of Guinness.

Post which warning he goes on an untamed rampage that would make Jackie Chan look like a meek schoolgirl by comparison.

Eggsy, the second half of this delightful duo, sees Taron Egerton playing the young protégé to Colin Firth’s incredible Galahad, well on his way to becoming the next Lancelot of Arthur’s round table. Eggsy, as a superspy in training, does such unsubtly magnificent things as punching a hole through reinforced glass walls while drowning underwater, jumping off a plane without a parachute (or at least without knowing that he had one) and, believe it or not, having sex with an actual Princess by the end of the movie. Hart’s training has apparently borne fruit, turning Eggsy from a common ruffian to an absolute and impeccable gentleman by the end of the film. One who wears nothing but tailored three-piece suits specially designed by the Kingsman Tailors and can order a martini like a boss!

Martini. Gin, not vodka, obviously. Stirred for 10 seconds while glancing at an unopened bottle of vermouth. Thank you.

Says the dashing Eggsy to an awestruck waiter just before heroically taking over the villain’s base of operations and killing all the bad guys in one fell swoop!

And if you thought that Kingsman couldn’t be any more of a blatant parody of the over-the-top spy thrillers of which the Bond movies are the undisputed ruler, you’d be wrong. The real fun doesn’t even begin until the villains’ heads start going boom – no literally. Roomfuls of elegantly dressed gentlemen and ladies spontaneously combust into a fountain of colourful blood and gore. Don’t believe me? See for yourselves!

And just in case you STILL harboured any sacrilegious doubts about Harry Hart’s epic and indisputable coolness, the film cements all doubts with this incredible dialogue, delivered with perfect gentlemanly panache to a bigoted old lady preaching hateful doctrine in the guise of religion–

I’m a Catholic whore, currently enjoying congress out of wedlock with my black Jewish boyfriend who works at a military abortion clinic. So, hail Satan, and have a lovely afternoon, madam.

Having delivered the above line with iron poise (and sarcasm sharp enough to cut through the iron), Galahad proceeds to systematically obliterate a crowd of frenzied and bigoted madmen trying to kill each other and everything around them, before walking calmly out of the church to face the megalomaniac of a villain head-on. 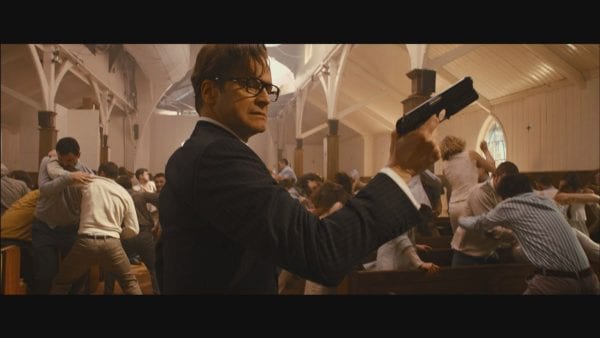 But I will not tell you more, because as the charming Mr. Hart would say, “A gentleman always watches his own movies.”

And this is one movie you have got to watch if you want to spend the next few days laughing hysterically while harbouring an enormous crush on the perfect gentleman, Galahad!