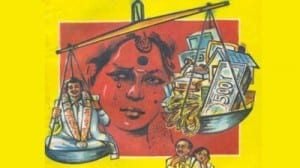 The bride’s family is so intent on giving her a happy and comfortable life that they generally agree to pay any amount as dowry. It doesn’t even register that what they are doing is technically a crime. The families these days tend to pay more attention to the husband’s pockets than his character. This ends in unhappy marriages. 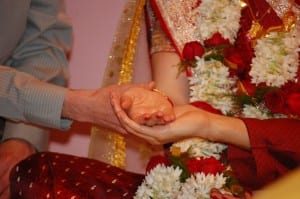 Remya Ramachandran, a woman from Kerala, has prevented herself from suffering the same fate that many women have gone through in our country. She broke off her engagement very publically, on Facebook, because her fiance’s family had asked her family for dowry.
This courageous woman, who is from Thrissur in Kerala, has said that the demands for dowry started after she was already engaged to her fiancée. There had been no mention of dowry before the engagement took place. This was, in fact, a brilliant move on the fiancées part. Since in our society broken marriages and engagements are looked down upon, the family must have thought that Remya’s family would definitely pay the dowry. Hence, they asked for the dowry once the engagement was already confirmed.
Remya broke off the engagement because she is against the practice of dowry. She is quoted to have said:

“Before the engagement they had said they wanted only me. Post the engagement, they demanded 50 sovereigns of gold and 5 lakh rupees.”

“This is for all those who ask me about my wedding date. The family, which earlier said they wanted only me, demanded 50 sovereigns of gold and 5 lakh rupees after the engagement. I am against the practice of dowry, and I believe that buying such an unreliable man and his family at such a big sum is a loss. Hence, I am calling off the wedding. Thanks”

This action that was taken by her has been called a bold move by many. She has been praised for her courage to break off the engagement in such a manner.

A few days after her post went viral, Remya posted another message thanking everyone for their support. She said that what she had done should be used to go against the incorrect social norms in society.

What Remya has done should be an example for every other woman in the country. Love and respect cannot be bought, and no one should ever have to pay something to get married. Like Remya said:

“Buying such an unreliable man and his family at such a big sum is a loss.”

So all the ladies out there, if any man and his family ever ask you to pay something in exchange for marriage, run! He’s definitely not worth it. Have the courage to stand up for yourself and know that you deserve better, way better.

Comparison Sites and How to Know if They Can be Trusted

icytales - April 8, 2020 0
Comparison sites have been around for a few years now and they’ve revolutionised the way people shop. They can be used to find the...