A former Rajasthan High Court judge, Mahesh Chandra Sharma on Wednesday made a very fascinating and enlightening revelation and it made twitter laugh out loud.

Justice declared that peacocks do not mate, the peahen rather gets pregnant by the tears of the peacock. This bizarre biology theory given by the justice himself has left the whole world especially India awestruck.

The incident took place on Wednesday, Justice Mahesh Chandra Sharma’s last day in service. The comment was made by the justice right after giving a judgment in which he had proposed that cow should be affirmed the national animal of the country. Peacock is already the national bird of the country, hence he was trying to draw a relation of holiness between peacocks and cows. The said judgment was 139 pages long and was made in response to a petition asserting ill treatment of cows in a local animal shelter. For the reason that “330 million Gods and Goddesses reside inside it”, he also proposed life imprisonment for the offense of killing a cow, Justice further insisted that cow is the only animal which inahales and exhales oxygen.

Peacock, who the Justice believes to be celibate and pious is already the national bird and by comparing the holiness of cows with that of peacocks he recommended that the cow should be aptly pronounced the national animal.

“… He does not indulge in sex with peahen. The peahen gives birth after it gets impregnated with the tears of the peacock. A peacock or a peahen is then born … Lord Krishna used peacock’s feather for celibacy of the bird”

However, the most controversial part of the declaration made by the judge was his claim that a peacock doesn’t mate and maintains a lifetime of celibacy. The statement that peahen gets pregnant by drinking the tears of the peacock has made the justice a subject of a huge amount of ridicule from the Social Media, especially Twitter. 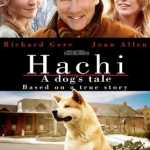 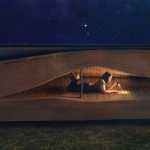