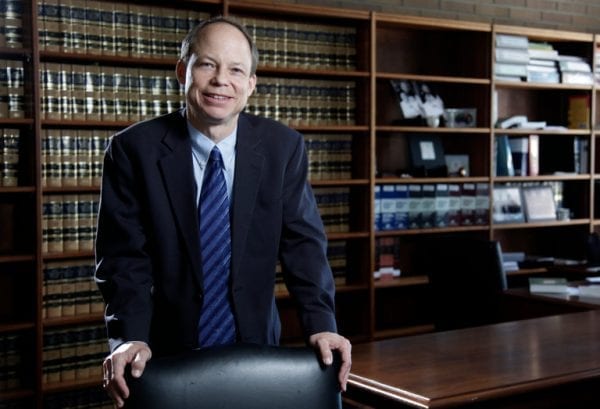 A federal judge found that the Oregon Board of Examiners for Engineering and Land Surveying violated the First Amendment when it tried to fine Mats Jarlstrom for callong himself as an engineer. Jarlstrom is an Oregonian engineer with a lot of expertise in the industry.

The judge’s dismissed the board’s attempt to fine Jarlstrom $500 and took a close look at the state law and how it affects the freedom of speech.

All this began back in 2013 when Jarlstrom tried to refute a traffic ticket that his wife received for not stopping at the red light. His argument was that the timing of the lights was off and, hence, the fine is not justified. He used.

His research also gained a fair amount of media exposure, which got him on the OSB radar. The board state that Jarlstrom research into the effectiveness of red light cameras amounts to practicing engineering without a license because he wasn’t registered in Oregon as a professional engineer.

The previous, the state board admitted in court that it violated Jarlstrom free speech right. It also stated that it would drop any actions, present, and future, against the Oregon resident when he is not substituting in a commercial or professional capacity and pleaded for the judge to close the case.

However, Jarlstrom and his lawyers argued the board settlement wasn’t enough, and ask the federal judge to look closer at the law and analyze it carefully. They say the state law should only regulate engineering communication made as a result of employment or under contract.

U.S. Magistrate Judge Stacie F. Beckerman declared that the state definition of an “engineer” is too broad, and asked the board to remove it from state laws and administrative rules. The board is to limit who can call themselves a “professional engineer.” Current state limits that forbids unregistered engineers to call themselves that.

What It Means for Land Surveying

According to Oregon state law, land surveying is a branch of engineering in which:

The legislation on land surveying prohibits any engineering practice by individuals without a valid certificate or permit. So unless they conduct such activities under the supervision of a registered engineer or on property owned or leased by the individual, they don’t qualify for the status.

However, it is unlikely the judge’s recent ruling will affect the land surveying legislation. Though the board can’t prevent people to self-describe themselves as engineers in their capacity, the same principle does not apply in commercial circumstances or in the event of a signed contract.

The board still has the power to impose that engineers be registered in Oregon to convey engineering procedures, including cadastral land surveying. However, it can’t stop people from calling themselves engineers anymore.

This ruling also brought out previous so-called abuses of power the state board has conducted in the past. The record shows the court had targeted people numerous times for calling themselves engineers outside their jobs, including an instance where an individual was running for public office and used the term in a public speech. Given the new court ruling, the state board may be left vulnerable at this time and face even more legal difficulties soon.

Oregon residents can now call themselves engineers though they are not registered, as the freedom of speech protects them.

But the story is far from over, and it will be interesting to see if the state board accepts the judge ruling as final. And, if it does, how that will impact current state rules on land surveying and other engineering activities.