J.K. Rowling, the famous author of the Harry Potter series, the creator of the magical world of Hogwarts, had written another series called Cormoran Strike series under the pseudo name of Robert Galbraith. Three books in this series have already been published with the first book being named The Cuckoo’s Calling, the second named The Silkworm and the third book named Career of Evil. All three books were an instant hit all around the world. According to sources, J.K. Rowling is writing the fourth book in this series titled Lethal White, but has not yet announced the release date for that book. Now, the first book in the series The Cuckoo’s calling is being adapted for TV. It is all set to release on 27th August 2017. Fans all over the world are excited for this thriller ride. 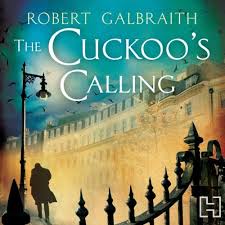 Titled Strike-The Cuckoo’s Calling stars Tom Burke as Cormoran Strike and Holiday Graigner as Robin Ellacot, Strike’s assistant, is all set to blow the people’s mind away. This TV show is set to cover all three books, the first book being covered in the first three episodes, the second book coming out as a two part series and the third book too will be covered in two episodes. As of now, the crew has finished filming the first two books and the shooting for the third book is scheduled to start in early 2018.

Initially, people had no idea that Robert Galbraith was none other than J.K. Rowling. She wanted this to be kept a secret. However, a few months after the release, word got out that Robert Galbraith was none other J.K.Rowling herself and as a result the sales of the book increased exponentially. According to Amazon, the sales of the book increased by 150,000% after this big revelation. Although many sources claimed that Rowling was miffed with this revelation, it was a joyous moment for all the Harry Potter fans. Although, it does not involve any magical school, flying on broomsticks, spells, enchantments and ghosts, it does give the reader a sense of excitement and thrill, with its gripping story. 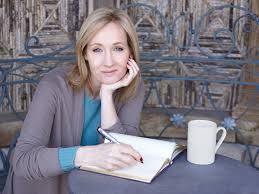 People have a very high expectation from the TV series and hopefully, the TV show will live up to people’s expectations.