What is an Islamic State? Where did it emerge from, and what are its intentions?

The Islamic State is no mere collection of psychopaths. It is a religious group with carefully considered beliefs, amongst which, one is that it is a key agent of the coming apocalypse. The organisation is led by Abu Bakr al-Baghdadi. Little is known about him, but it is believed he was born in Samarra, north of Baghdad, in 1971. In 2010, he emerged as the leader of al-Qaeda in Iraq, one of the groups that later became ISIS. 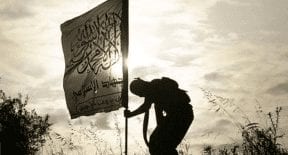 With it’s deadly tentacles spread across all of Mosul, Iraq and Syria, Islamic state already rules an area larger than the United Kingdom. However, it was its conquest of Mosul that sent shockwaves around the world, and the name ISIS became popular all over the globe.

After the recent terrorist attack on Paris, the existence of Islamic State (ISIS) operatives in different countries was being heavily debated. But this piece of information has turned the tables around drastically. 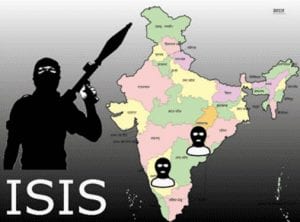 ISIS plans to take over India, now. As per the sources, 20 suspects have been arrested across the country in an anti-terror operation by the National Investigation Agency. They were in touch with handlers in Syria and Iraq and were planning a terrorist attack ahead of Republic Day in the highly populated areas of Ardh-Kumbh in Haridwar, prominent shopping malls of Delhi-NCR,  Select Citywalk, Saket; DLF Promenade, Vasant Kunj and the Great India Place in Noida to target the maximum human casualties.

Here are some pointers about the happening-

The objective of the group was not merely to undertake an occasional terror strike, but to wage a full-fledged attack against India.

But, thanks to CIA and other US agencies for keeping track of their proxy servers on Facebook and  Whatsapp that helped India bust ISIS cells.

Here is the logical query that begs an answer: is India prepared for the challenge?

A fair assessment suggests both a “yes” and a ”no”. While India has had a long experience in different forms of insurgency and terrorism, this by no means suggests that we are ready for the next 9/11.

The ISIS may not be a threat at present. However, it certainly has the potential to destabilize the social fabric and the rule of law in the country.