Religion is a strong belief in a supernatural power/powers that control human destiny whereas modernisation is the act of rendering something modern in appearance and behaviour.

These two realms that are so integral to the dynamic web of human life cannot possibly be realised simultaneously or even coexist. This is a fact that we must all accept. Or is it a misconception that we believe to be true?

Every human being can be divided into two distinct components namely; the physical and the abstract. The physical refers to the tangible aspects of our lives, which can be measured objectively. The abstract is what is colloquially referred to as the soul. The physical is nurtured by rationality while the abstract gets its nourishment from the spiritual.

Modernisation is a natural phenomenon. It is a part of the process of adaptation that is quintessential to the survival of the human species. The only constant object in this world of ours is change and through change we continue to exist. It is necessary for us to evolve from the thought and way of living of the yester-years because it is rational and it is common knowledge that rationality is that which paves a path to move forward, to progress. But even today, many of us seem to be caught-up with an ancient mindset while living in the 21st century.

Spirituality on the other hand is a method of cultivating peace within ourselves. In order for rationality to dominate, we must keep the source of it- that is ourselves- intact and functioning. The purpose of spiritual nourishment of ourselves is fulfilled by religion and spirituality- as we know it- is a very personal affair. We as a society commit the mistake of thinking of religion as otherwise and hence, blur the line that divides the physical and the abstract thus upsetting the very balance of each one of us. Order and harmony can prevail only when things are in their proper places.

Thus, both modernisation and religion form a circle that is the orbit on which the entire human civilisation has revolved and is still revolving. Allowing one to supersede the other, as is the case in our society, will serve to break this orbit and plummet us to subsequent chaos.

Human beings since the birth of civilisation have time and again regressed from the actual meaning of religion. Ample proof of this can be found when we turn the pages of history books or subject society’s actions to a penetrative analysis. Whether it be the Crusaders of the Middle Ages or the riots that plague our present society, it reeks of the improper perception of religion. Monarchs have utilised it to solidify their authority over conquered nations and bureaucrats of democracies have garnered votes with its help.

People tend to think of modernisation as wearing skimpy clothes (we are all for the choice of your own dress-up but are stating what people think when modernisation is talked about) and rebelling without actually thinking whether the cause they are rooting for will be beneficial to the society or not.

This outlook towards modernisation, the actual meanings of religion and modernisation are the sole reasons for this persistent quagmire of religion vs. modernisation. These two aspects are wrongly pitted against each other when they should be treated as two very important components of our lives that are complimentary to each other and quintessential to effective personal development. 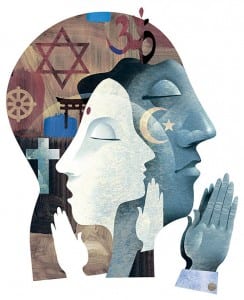 To kneel or not to kneel is a choice that we do not have to make. Being religious is not tantamount to being archaic or being modern in appearance doesn’t equate to being Godless! 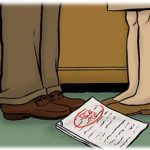