Too much information! Not the kind where your friend gives you explicit details of her night out with bae that you’d rather forget as soon as possible. No, this is information of the more mundane variety. Facts, figures and statistics which we may sometimes need, but usually, don’t.

It is said that 90% of the world’s data was created in the last two years. Even if we consider this to be a slight exaggeration, the fact can hardly be disputed that the onset of the digital age has put information at our finger-tips, which we might earlier have had to spend years in a library to find out!

The great detective Sherlock Holmes once said that the human brain, at the time of birth, is like an empty attic, which we then slowly fill up with objects of our choosing. Could it be that the internet is making us fill our attic with useless junk objects which leave little room for the things that are truly important?

In the modern age, it is almost impossible to be a web-user without consuming random bouts of rather useless information which serve no purpose but to further confuse our brains. What is more, much of this information is often low-quality stuff with little authenticity. We now believe in science as blindly as our ancestors once believed in religion, and scientists are our new deities. Anything with even the hint of a pseudo-scientific vibe to it is immediately gobbled up by the public.

The next time you are having a debate with a friend, instead of starting your argument with ‘I think that…’, start it with phrases such as ‘87% of scientists believe that…’ or ‘Research shows that…’

It doesn’t have to be true. Nobody really cares if 87% of scientists actually believe what you claim they believe or if research has actually shown anything of the sort or even who did the research. Just the sight of the pseudo-scientific symbols and phrases reassures the average modern viewer of the authenticity of your claim, without any need for back-up evidence.

This has created an environment where we are constantly exposed to a huge deluge of dubious information, to the point that it often paralyses us and renders us incapable of making wise, well-thought out decisions. Search Google for the simplest of problems, and you’ll get about a million different solutions in a fraction of a second.

What should you really do? Should you go for a routine diet for your new pet, or a feed-on-demand schedule?

Should you use a foundation at that upcoming wedding, or would a concealer suffice?

Is it ok to text your partner after midnight, or would that appear too clingy?

The internet has answers to every question, and sometimes it is these very solutions that retard action. We are so busy consuming useless information that we never actually get around to use any of that amassed knowledge for any practical purpose. Surfing the internet for random nuggets of facts and figures has become a pastime like any other.

The new-age moniker ‘Infobesity’ defines a condition where the vast deluge of information constantly being dumped onto our poor limited brains actually makes it stop working efficiently, retarding our progress and diminishing our wellbeing. It is an amalgamation of the two terms ‘information’ and ‘obese’ (the condition of being unhealthily overweight). It suggests that just as we can eat too many cup-cakes and consume unhealthy calories, similarly we can read too many Wikipedia articles or watch more cute kitten videos to be healthy for our brains.

Gorging on cheap, easily available information may not be all that better than devouring fast-food 24 hours a day! 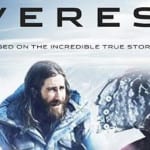