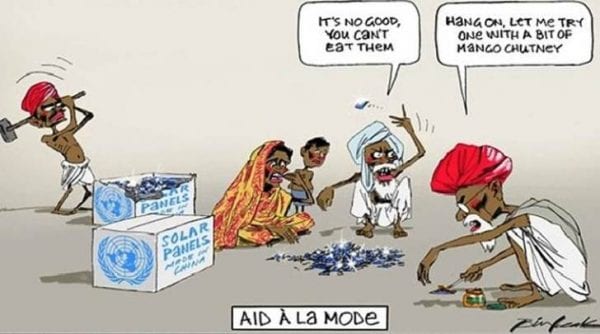 Hello, my people! First of all, let’s get an amen and decide we’ll never be on the side that hates too much or is dumb, which is kind of one and the same thing. 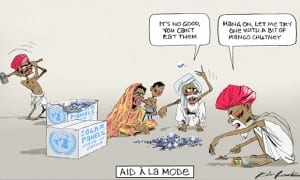 The journalist/cartoonist goes by the name of Bill Leak, who for some reason blames an accident and a brain surgery for his sudden conservativeness, like from being a left winger to a right one, per se.

So, the real deal behind this cartoon that Bill wanted to highlight the climate deal signed in Paris by our country that is, for real, and not just apparent, the world’s fourth largest greenhouse emitter. (Drop that smug, it’s not something we should be taking pride in; we have the seventh largest land and fourth largest greenhouse emissions. The odds are not in our favor and the force, is definitely not with us.)

Now, it’s pretty obvious that the cartoon faced a lot of criticism because nobody understood that Bill learned how to use a time machine and drew a cartoon that might have been great fun in the 1950s or 60s, but we have made some progress in the technological field since then, haven’t we?

It’s pretty obvious that the cartoon depicts that we, Indians, of course, are incapable of making use of the unconventional (the green and nice) energy resources, are still poor. And that would rather be eating the solar panels with mango chutney (I prefer green one, again) than actually using them. Also, we’re poor and starving (I think we covered that already but what the heck).

So you know what the criticism is actually about and how right it is. Time for some statistics now, my peeps!

End of story, the cartoon is not justified, and nobody is giving an explanation for it, even though we owe one. We might be bad, but we’re not this bad. Our country is the source of their intelligent, skilled migrants and Billy Leak chose to oversee that. If he wanted to draw a cartoon about the deal, he could’ve done something immensely different and better, which would’ve made sense. But, he didn’t. So, he got these tweets:

Hey Bill Leak, some facts on India's renewable energy sector. They're a lot smarter than your cartoons are funny. https://t.co/3hkkSwpmk3

How can @rupertmurdoch publish something as awful as this Bill Leak cartoon? https://t.co/MIBOc3a26k

“The message … is that India is too stupid to handle renewable energy and should stick to coal,” Paradies told Guardian Australia. “Suggesting that ‘developing nations are stupid’ is racist given that such nations are invariably associated with specific racial groups (i.e., non-whites).” –Prof. Yin Paradies, Deakin University (his research is about economic effects of racism)

“This cartoon is unequivocally racist and draws on very base stereotypes of the third world, underdeveloped people who don’t know what to do with technology.

I don’t know too many places in the world where you would get away with that to be honest. In the UK and the US, there would be an incredible outcry. It is appalling.

This is really old imagery he has drawn on. Thin, starving people wearing turbans, who are so starving they are going to chop up solar panels. That is 1950s symbolism. We have moved on. The rest of the world has moved on.

In Australia people from India are the second largest migrant group and they are coming here on skilled visas.” –Amanda Wise, Macquarie University

So, my dear peeps, this article is not about hate. It’s more about the dumbness of one human being and how the rest of the world stood up for it. The underlying message is all the same; when you’re dumb at home, you’re dumb at home. But when you’re dumb in public, people come to rescue you, and that’s where, you hold your ground and blame it on a head injury. Because we all know that’s exactly how it works. 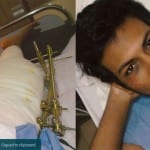