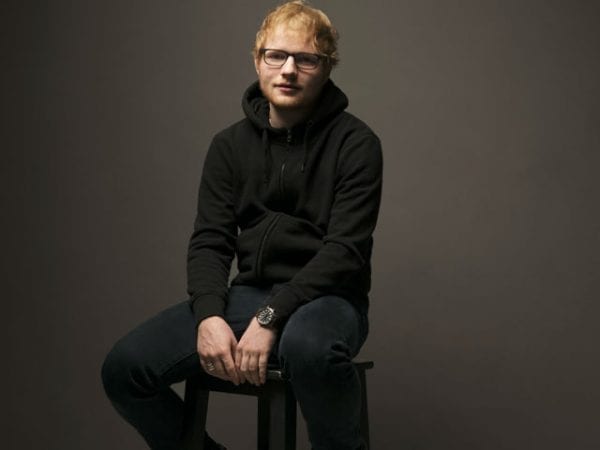 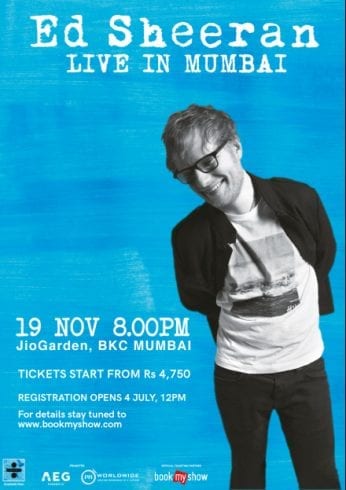 After Coldplay and Justin Bieber its Ed Sheeran’s turn to mesmerize the Indian audience with his serene voice. Ed Sheeran will be coming to India in November which is next month only and his fans are already super excited about it. The concert will take place at Mumbai’s JioGarden in Bandra Kurla Complex on November 19. Tickets are on sale costing Rs 4750 per ticket.

Mumbai is a part of the Asian leg of his world tour to support Ed Sheeran’s third studio album Divide which was released on 3rd March through Asylum/Atlantic Records.

The concert will take place at Mumbai’s JioGarden in Bandra Kurla Complex on November 19. Tickets are on sale costing Rs 4750 per ticket. Ed Sheeran’s concert is for the promotion of his third studio album (Divide) which includes Shape Of You as one the tracks. India’s love for the singer is adorable. When Shape of You first came it ended up becoming everyone’s favorite. It received cover versions in India and was on top of the chartbusters.

This is Ed’s second visit to India.  2017 has been an amazing year for Ed Sheeran as he made a huge musical comeback. Ed’s dual singles ‘Shape Of You’ and ‘Castle On The Hill’ were a huge success hitting the #1 and #2 spots across the charts worldwide and also the first time in history an artist has taken the top two UK chart positions with new songs. Ed also appeared on Debrett’s 2017 list of the most influential people in the UK.

All his fans are super excited for Ed and are counting days for his concert. 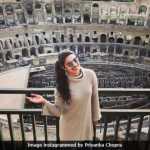 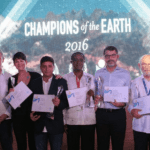