The world isn’t what it used to be. We started as hunter-gatherers and progressed, not only scientifically, but also mentally in such a way that every decision humans make impacts the world at large. What sets us apart is that we use our intelligence in conjunction with our social skills forming societies and formally announcing partners (technically a marriage) and settling with them to build a family that enable the smooth flow of everyday life in a given demography. So, where does this whole concept of live-in relationships stand in this scenario? Let’s get to the topic methodically.

Now comes the main question. What is marriage? What was and is its significance? Who came up with the idea?

Before answering all these questions, let us limit ourselves to the Land of Spices, India. India is probably the most diverse country out there in the world. You find everything from tradition to science and mostly a fusion of the both. While there is a myriad blend of traditions in the society, the underlying traditions are rooted firmly in the Indian households no matter which religion it is.

Whenever there is a major change that takes place in the world or the country for a matter that goes against the principles people were raised upon, they become understandably upset. One such issue is that of marriage. From gay marriages to live-in relationships, Indians have a very strict view upholding their moral ethics. While the former is considered to be immoral and treated as a criminal offence under law, the latter enjoys a more ambiguous stance. 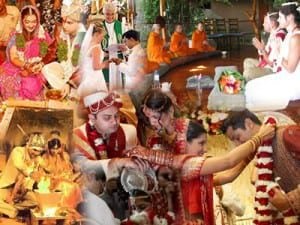 To understand if Indians are ready for the concept of live-in relationships, one should first understand what the answers are to the above questions. Marriage in India is a bonding between two people in all aspects; physical, mental and spiritual, with the gods as the witnesses. As for who came up with it, nobody knows. Scriptures suggest that this union of man and woman was always dictated by Almighty, be it of any religion.

So, how is it different from a live-in relationship?

The answer is pretty simple. It can be easily answered by understanding thoughts that are associated with it. The most common views are “It is a sin in god’s eyes“, “How much more immoral can it get!?” and stuff along the similar lines.

The problem in India is that while the younger generation believes that it is important to understand the other person before entering into a lifelong commitment, the elders believe that it is important to uphold the purity of marriage and the sacredness associated with it. Marriage is considered to be a ceremony that happens in the presence of the Gods. As such, the concept of a live-in relationship is tantamount to defiling the sacredness of the bond that is supposed to be affirmed by the Gods themselves. And then there are people who say “Why do you not want to get married if you guys are committed to each other?” What they fail to understand is that love and commitment in a relationship is something that transcends all boundaries, that is not necessary to be reinforced with a paper that declares two people to be married.

While that is just the traditional aspect, the fact is that live-in relationship or cohabitation as it is also called, is not illegal in India. Just recently this year, the Supreme Court of India announced that a live-in relationship is not wrong, but it is by all means acceptable.

Getting into live-in relationship is no crime: SC

However, even with the law on the bright side, finding people who cohabit is like akin finding a needle in a haystack. It is something that is frowned upon in society, and since Indians are brought up not to go against the words of their parents, most of them just listen to what the elders say and go with it. 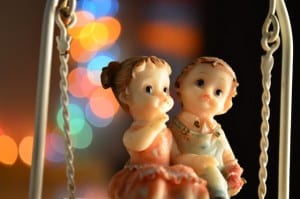 All is not over yet. Time, as always, changes people. India is a prime example for that. In the previous generation, and the one before that, love marriages were considered a taboo. However, with the courage that countless pairs have rebelled against or convinced their parents and endured many difficulties just to prove their love to the skeptics, it slowly mellowed the elders to the concept of love marriages.

Is India ready for cohabitation?

As it is now, India is not ready for a full-scale acceptance of cohabitation, especially with people with the wrong mindsets tarnishing the essence of cohabitation by doing nasty stuff to their partners or someone close to them. Things look bleak for this idea, but with the present generation being more open minded than ever and slowly becoming wise with their experiences, there might soon be a day when cohabiting is not a taboo or a dream, but a common reality. 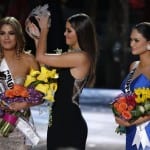