Music is one of the most important and powerful things of ones life. It is an important aspect of education, according to one of the Greek philosophers, Plato. It is loved by everyone, not just humans, but by all living creatures too. How would the world be without music? Very silent of course! That’s why is is important. There is a lot more to music than just a source of entertainment.

Music is said to have healing powers. It is one treatment which has no side effects! Music can be called as a ‘miracle’ which has powers to organize the brain and give a soothing feeling to a person. When you feel low, the sound of music can help elevate your mood.

It’s much more than just entertainment:

Go back to those days when there were no cd players, mp3 players, or phones on any other devices. Music wasn’t entertainment back then. Now, radio stations, televisions- music is played everywhere, every minute! It’s a source of entertainment or just background sound. The only purpose of this is entertainment. There were definitely other reasons for this other than just to entertain in the old days.

‘Music is that which speaks when words can’t’

Music has the power to evoke emotions.

Depression, sadness, heart break, those tears, the terror of paranoia- I really need something to calm down! What can help me? Light music, surely can. It is a kind of ‘magic’. a ‘magic’ which can completely change a person’s mood. Every one has a favorite singer or a favorite band, which when listened to, can bring their mood up.

Music can help is sports!:

Yes! Music really can help in sports! How? Well, a lot of racers, who raced in a half marathon in London, were under the influence of pop music!

‘Music turns mood ON both before and after any physical activity’ – It has been scientifically proven!

Music gives that special emotional touch, when words don’t speak, music does. It is a fuel to the mind. Music, could honestly, change the world, person by person.

Research in the USA on the benefits of band participation found that 95% of the parents believed that participation in a band provided educational benefits not found in other academic ways. It helps self development of an individual and develops self identity too. As individuals engage with different kinds of musical activities over a  prolonged period of time, permanent changes start to occur in the brain. These changes reflect what has been learned, how it has been learned and also has the ability to change the way of what will be learned ( the learning style)

It is a physical exercise:

Did you know that just sitting in one place and playing a musical instrument could give as much exercise as a brisk walk? It really can. Scientifically, it is proven that it is an exercise to the heart.

Finally, music making has been proved to contribute to good health, and good quality of life. 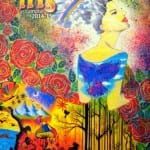