India being a country surrounded by a lot of country’s with close history, immigrants is something India cannot avoid. Lately, the number is ever increasing.

The uncertain size of the Brahmaputra river leaves the Bangladesh-Assam border fence-less, which makes it easy for the immigrants to sneak in. The National Register of Citizens (NRC) investigation has found that there are 27,000 illegal immigrants in Dhubri (one of the district’s in Assam) alone.

Not just sneaking in is easy, but getting an Indian citizenship requires a mere Rs. 10,000 or some fake documents. Once they have the citizenship, they can vote. So its not just the original inhabitants of the state who are casting their vote but also thousands of migrants who have sneaked in from Bangladesh.

And who do you think is profiting from all this?

As always, the Middlemen. By fooling the immigrants they pull out a stock of money from them and provide with fake identity cards. License , school certificates etc are being provided to them which helps them to give vote.

“We have got two lists of Bangladeshi migrants living in Dhubri. The first list was of some 11,975 persons. They are the DVoters or dubious voters and they cannot cast their votes as their cases are pending in the Foreigners Tribunal. Second list was that of another 16,504 such persons,” said an NRC official caught on hidden camera.

“There is large scale fabrication of documents, birth certificates, identity proof, land documents etc which needs to be uncovered by a central agency as such papers will be the basis for asking citizenship,” PVM Convenor Upamanyu Hazarika told reporters.

It is not just that immigrants are flowing in the country, but its some Indian men who are helping them stay illegally which is creating further problems. Before taking a step against the immigrants, the middlemen should be deleted. Only then can this process stop. 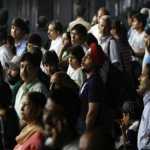 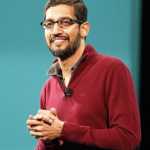