The wanton maneuver of stealing someone else’s identity, usually to gain profit financially and other credits in that person’s name, conceivably to his disadvantage or loss, is known as identity theft.

If held guilty, the person may have to bear adverse consequences, relating to the extent of the crime. Identity theft occurs when a person’s identifying information such as their name or number, credit card number, identity card, etc. is misused by someone without the former’s consent to commit treachery and other crimes.

The term, coined in 1964, holds a difference from the use of ‘pseudonym’ which is not necessarily unlawful, or the major data breaches on mass government bases where personal information may be stolen or recovered without the victim’s knowledge or detection. Cyber-crimes, hacking, malicious operations on the cyber space have made these breaches smoother and prone to infecting users’ minds on a massive scale.

Software hacking programs have been made so effective as well as user friendly that even inexperienced lads can steal information on credit cards, identity and homeland security as well. Gaining such information is a proposed identity theft and in severe cases an act of terrorism too.

Each of these maybe used to open the doors to the funding of crimes, terrorist attacks, anonymous phishing and many more.

Impersonating an individual for illicit emigration or stating anonymity for personal reasons and concealing their own identity is an act of identity cloning. Posing on social networking sites as another individual for the fun of imitation does not fall as a crime unless it is labeled for unlawful usage, treachery, mounting debts and others.

Criminal frauds presenting ‘fake IDs’ on their arrests, identifying themselves as different individuals, obtaining state-issued documents and referring the charges on those are acts coming under the criminal identity theft. The particular person may fall victim to these charges which could be checked and cleared only after a thorough background check.

Benefiting medical attention on another person’s name, drugs, operations etc. leading to the victim’s financial degradation together with the addition of inaccurate information to his medical records affecting his future insurance defines medical identity theft.

Child identity theft has been growing and has been a major issue as it incorporates the minor being robbed of his identity without his consent and whose knowledge is undiscovered by him until years later. It is a fairly common theft as the impostor targets children as very minimal information is associated with them and it becomes a simple passage for them in constructing lines of credit, getting allotments for fake identity documents, licenses, and even for housing purposes.

Each of the identity thefts lead to the victim’s financial loss and maybe termed as financial identity theft. Being the most common theft, it includes credit gains, loans, services and other economic benefits by the impostor.

Identity theft has been customary and been involved in day-to-day practice. It is necessary to keep a check on these hackers and prevent them from robbing us of our identity. Awareness from secondary schools and higher should be set up. Sharing of sensitive information should be concentrated to the most trusted acquaintances. Personal accounts should be made as secure as possible by updating firewalls and passwords from time to time. Any irregularity must be reported to the concerned authority immediately without any delay.

Let’s teach these thieves what we are capable of. 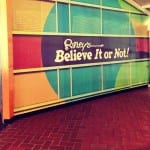 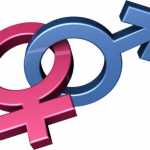