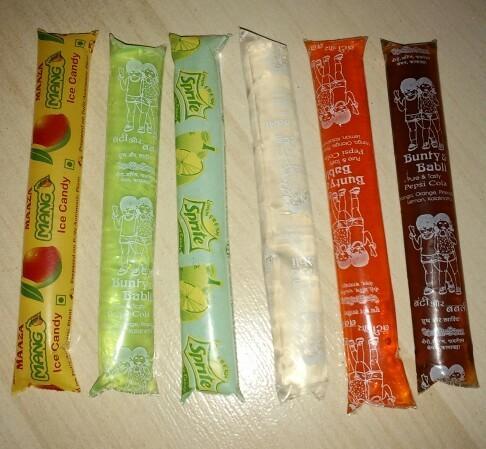 If you are  a 90s kid like me, then it is time for us to sit in our time machine and visit some iconic things from that era, which still makes our hearts beat fast. The generation of 90s kid was much more fun, and kids of today will never understand the essence of a simple and happy life. Friends in real life are much more significant than friends on social media. There are certain iconic things from the ’90s that we still remember.

We 90s kids were far from the word “latest technology.” Going to school, parks, open fields for play makes us stay close to nature rather than glued on mobile phones, tabs, and TVs for games. Playing Ludo, snakes and ladders, thief, and police on paper with all other family members on a rainy evening with snacks aside was so much fun and made you nostalgic of iconic things from the ’90s. Also, the fear of Y2K was real among all the peer groups, which no one can forget to date.

Let’s bring back those memories and dive into the nostalgic world with me. Trust me, as you read in the article, you will smile with tears in your eyes. The iconic things from the ’90s still held a strong memory in our hearts.

Iconic Things From The ’90s

1. Listening to Music On Tape Recorder

No, we do not have any app for music. Each family has one tape recorder with many music cassettes of various movies and albums. The cassettes used to come with brown color reel, which, if gets tangled, needs to be fixed with a pencil or pen. Oh! How can we forget that? Sundays were so much fun listening to your favorite songs in between study breaks. It is one of the best iconic things from the ’90s.

The flat landlines were fun to dial a number of your crush or a friend. Making a new call was so much fun with no caller ID. The summer vacation long afternoon was super chatty with your best friend, and getting scolded by our Mom for spending hours on a landline was extra spice. The ’90s has no room for smartphones, though, but it is one of the best iconic things from the ’90s.

3. Having “Pepsi” From Roadside Vendor Outside Your School Gate

They used to have orange, cola Pepsi and also in red and green color for 2-5 rupees each. It was some colored and flavored ice wrapped in plastic that you need to squeeze and have. Having Pepsi changes the color of your tongue. It was so much fun to have it with your pocket money with your friends while returning from school. It is yet another iconic things from the ’90s.

4. Bicycle Was A Cool Thing

Girls with basket bicycle and boys with stylish and cool handle bikes were the talk of the town in schools and tuitions. It is one of the iconic things from the ’90s. Flaunting bicycle and decorating the tire spikes with beads was the best life for the 90s kid. It was one of the cool iconic things from the ’90s for teenagers to impress the opposite gender.

Watching Cartoon Network with family was never so relaxing. These iconic shows like Scooby-Doo, Dexter’s Laboratory, Tome and Jerry, Captain America, Adam’s Family, Power Puff girls were the favorite of every child.

If you are an Indian 90s kid, then the Doordarshan channel is a one-stop TV destination.  Mowgli, Chandrakanta, Alif Laila, Saktiman, Surabhi, Sakalaka Boom Boom, are the Sitcoms that we used to enjoy. From International shows, it was Friends, and Small Wonder which was another of the iconic things from the ’90s.

Floppy Disk was the hot cake for the 90s kid to transfer files. It is one of the oldest memories that kids of the time used to have. Life was so fun and straightforward. Also, having a desktop in your house was a big thing. Every evening, your locality friends hop into your home to enjoy the fun of the computer. It is one of the iconic things from the ’90s.

How can you forget the fun of the slam book? It was the most favorite thing for school kids. Pen down the likes, dislikes, thoughts about the slam book owner was so much fun. It was like a personalized memo book. It was like Facebook at that time. So, its iconic things from the ’90s.

Gili Danda,  Chor Police, Hide and Seek, Kabaddi, marble shot, Dog in the Moon, climbing on guava trees are the various outdoor games apart from cricket. Football and badminton that we used to play. It was like a go-to game of ’90s kids.

10. Board Games And Many More

While staying indoor, board games like ludo, chess, snake and ladder, business, carrom are the best games. Even Dumb Charade, Antakshari is also the best games and the best iconic things from the ’90s.

OMG! That 36 photos from one film and all pictures had to be the best shot because you do not have any retake option. A digital camera kills the fun of an analog camera. But, clicking those 36 photos and then wait for the photos to get washed from the photography shop was so much bliss. Only a 90s kid will understand the fun of it.

Video games came in the limelight in the 90s, and soon it became the favorite thing of the kids. Slowly, technology was taking the fun of the outdoor game. We were nowhere close to knowing about the technology overpower.

It was a kind of addiction, and you just cannot have only one troll doll. The hairs of the doll are unique. You cannot brush the hair to tame it.

It was something that you do not have to blow, and that is the cool thing. You can float on the water with the help of them. It is one of the best iconic things from the ’90s. It is worth your time, fun, and enjoyment. You can spend hours floating in the water.

It was launched in the 80s, but it was most popular in the 90s. You were reading American Girl Doll adventure, and she is chilling beside you was the coolest thing ever.

Now, most of the 90s kids grown up listening to girl’s music band with the coolest fashion and accessories statement. The Spice Girls was the most popular one.

What will happen on 1st January 2000? Nobody knew, and everyone was in freaking fear. Will the world come to an end, or will the internet crash nobody ultimately knew? But, in the end, nothing happened, and everything was normal.

It was almost like your pet, but you do not have to clean in real life. Playing after two days without making him feed was like a game over. This is one of the cool things that make the game playing fun and exciting.

Well, it was the year 1997 when Titanic movie released, and to date, “My Heart Will Go On” song sung by Celine Dion still beats our hearts. It is an evergreen movie that gives us a glimpse of each movie scene so aesthetic representation.

If you have a Walkman, then you the coolest member of your school group. You get attention from your crush. It was like your ticket to becoming a popular kid in school. So, you cannot forget these iconic things from the ’90s.

A necklace that you can wear and eat at the same time. It was in a pastel color that gets stained on the neck. It was so much fun, and it gave an excellent fashion statement. Isn’t it a cool thing?

Watching cartoons or television shows was not a whole day affair. You used to get fixed hours like half an hour or an hour to watch the show. Before that, you have to complete your homework or study to get to watch the show. We were bound with time, but still, it was the best thing you can ask for during those times.

Logging into AOL, and singing the chorus with the music was so much fun. It rang on till the pop-up of Home Page. It is one of the unique iconic things from the 90’s that only kids know then what fun it held.

These are some of the cool iconic things from the 90s that I bet you cannot forget for the entire life. Life was not so competitive. We used to find happiness in the small things that we have. Having dinner in a fancy restaurant was occasional with the entire family, especially during birthday parties.

Back then, summer vacation was like visiting your grandparents’ place, listen to fantasy stories from grandparents, and believe that was reality. Wish, we can only wish that time machine (if any) can take us back to those iconic things from the 90’s life. It must bring back our innocence, love, care, and fun, even in the smallest things in our life. 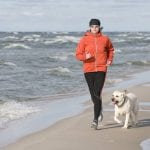 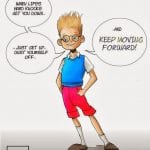