The Florida Fish and Wildlife Conservation Commission have started issuing licenses for hunting bears for $100 for residents of Florida and $300 for non-resident and the permits will be applicable during the last week of October 2015.

This hunting permit Florida are issued to help the state manage the bear population in Florida.

Many apply for permits to be able to face new challenges and they find the idea of hunting bears quite thrilling. The State of Florida is allowing the hunt of over 200 bears in order to stabilize their population.

The Wildlife Conservation Commission decided to start the hunt despite facing huge protests and they have promised to keep tallies during the hunting period to ensure the proper objectives are achieved without putting their lives at risk. As on 3rd August 2015 over 600 permits have been sold and the Commission will stop issuing them once they reach their target amount of licenses that need to be issued. 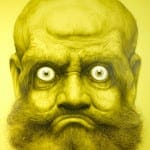