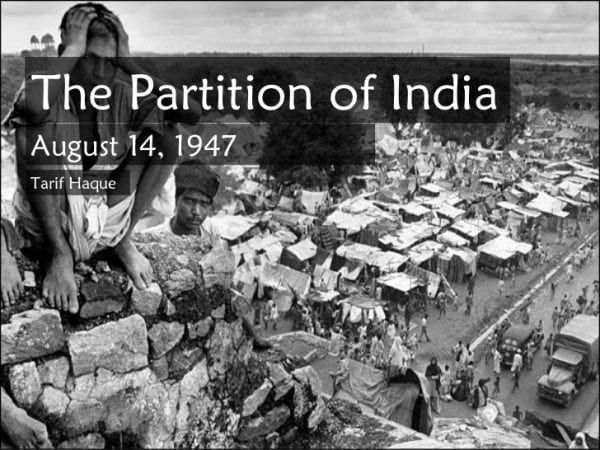 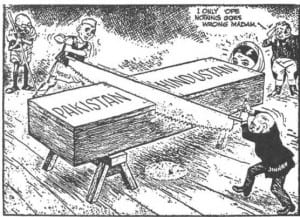 In pre-partitioned India, there was a time when Hindus and Muslims still lived in harmony. They shared villages, cultures (the Indo-Islamic tradition) and other important aspects of each other’s lives. Both had a common goal of freeing the nation from the clutches of the British Raj, having a strong sense of nationalism and nationhood.

However, the British policy of ‘Divide-and-Rule’ sowed the seeds of disturbance between the two communities which kept on getting magnified, as the Indian Independence movement progressed, due to the emergence and rise of religion based political parties. This, consequently, led to a fall-out, resulting in various incidents of communal-ism, the worst of which were seen during the Partition.

The drastic change in the lives of people, pre as well as post the announcement of the Partition, has been vividly captured by Khushwant Singh in his book, ‘Train to Pakistan’. While looking at a more or less isolated fictional village of Mano Majra, Singh observes how, a single act of violence can prove fatal in provoking large scale massacres. He expertly conveys to the readers, the strength of religion as a weapon that not only rejuvenates the angels within us, but can also bring out our worst evils in no time. Thus, succeeding in bring out the ground reality of the greatest holocaust in Indian history.

Being responsible for upholding the honour of the family, the women were the worst affected and victimized in these riots. They were not only attacked by the men of other religious communities, but also those belonging to their own. The most common forms of ‘dishonouring’ the rival community were to abduct or rape their women and mutilate their genitals. In order to save their community (not the women in particular) from such humiliation, men folks often killed their own wives and daughters. Although, after the Partition, many women who had been kidnapped were returned to their families, they were greatly looked down upon and could never re-occupy the same place in the society. Many such women refused to return to their countries, at all, because they knew they would never be accepted back into their families. 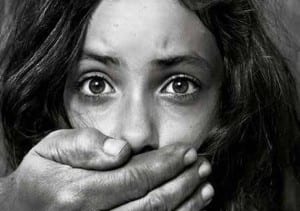 Furthermore, Zahida Hina in her Urdu work, ‘All Passion Spent’, touched upon the complicated property relations following the independence of the two nations and how women were used as an instrument of acquiring new properties in the process.

In an event that was purely political, in terms of initiation and execution, the element of religion made it a struggle of the masses. In the course of this, while the political leaders and elites lost nothing, in fact they only gained more power; the common man lost his everything. Those dark hours resulted in half a generation of India disappearing from the face of the Earth, in a struggle that wasn’t even theirs. 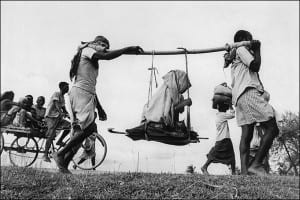 Even now, the bitterness perpetuates, not only between the nations of India and Pakistan, but also between the two religious communities residing within them, which is often manifested into riots. However, one can always be hopeful for change with the recent campaigns through which Indians and Pakistanis are showing affection towards each other, creating a divide between political agenda and the sentiments of the common people.

What’s saddening is that, despite all this, we still continue to give importance to religion-based politics that provokes violent acts, forgetting that every religion preaches peaceful co-existence.

Therefore, it won’t be inaccurate to say that, the process of the Partition did not result in the birth of new nations alone, but two supposedly different species of people, in that hour which was one of the darkest times witnessed in human history.