We all wanted to be an astronaut in our childhood as the stars used to amaze us; I don’t know what happened to those beautiful dreams as soon as we grew up.

It seems nowadays that all the astronauts are working for an IT company; it’s like an aeroplane that suddenly lost its cabin pressure when flying at high altitude, we all ran towards a fail-safe thinking that we will survive, but midst the confusion few people let it go since they didn’t fear failing and so they developed wings and are flying so high in the canvas of their dreams as they had come true. SO TRUE

It was said by Crabbe “Dreams are like portraits, and we find they please because they are confessed resemblances” for the dreams are unique. They hold such a momentous significance in our lives because they represent our deepest thoughts and our deepest fears. We can lie as much as we want, but as soon as we sleep, dream state takes over us and we lose control of our inner self, the inner self with whom we can’t lie and escape from. For some people sleep so less is because they fear that the deeds they have done have left them incapable to look in the eyes of their own true self.

The power of Dream is to such extent that we can’t even comprehend it, let me tell you a fact: If we humans were not capable of dreaming we would all have been dead a long time ago. It is said for the dreams that “Regard not dreams, since they are but the images of our hopes and fears” and if the cavemen didn’t dream of finding a utopia we would definitely not have survived. For the benefits of what those cavemen dreamt are still being reaped by the entire mankind.

The majesty of dreams is so grand that not only it caused the revolution, but also ignited our minds. Martin Luther King Jr. said a very famous speech which had a part that said:

“I have a dream that one day this nation will rise up and live out the true meaning of its creed: “We hold these truths to be self-evident, that all men are created equal.”

Till now we saw how beautiful the majesty of the dream is; but now we will see that as to how we kill our dreams each day. We kill our dreams by listening to others, we kill our dreams by thinking what other people would say about us if we pursued them, we kill our dream thinking it would be a huge risk, and we kill our dreams because WE CAN. We are our biggest enemies and to make our dream come true, we have to win ourselves first, for if you don’t follow up on your dreams then what’s the purpose of your existence. To simply put, it is as simple as this: If you are not making your dream come true, you are helping someone else make their dream come true.
It seems like a daunting thought, but just think for a moment. Just think where your life is going
Leave whatever you are doing. STOP READING
STOP
JUST STOP
Think!!!
Think!!
Think!
If you really followed what I said then by now you know the answer, many of you would argue that it’s very easy to write about it and it’s not practical as the life gives you various circumstances. Tell you what, that’s just your insecurity talking as for the people who want to follow their dream have just got their lesson. If you think it’s a big leap of faith and everything could go wrong, then I would say: GO, TAKE THAT LEAP and soon you will find yourself Flying, flying so high in the canvas of your dreams that people would wonder and say “look at that crazy person who left his high paying job and magnificent car for the love of his dream” but tell you what, that’s just their insecurity talking. 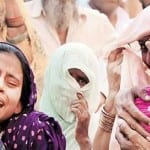