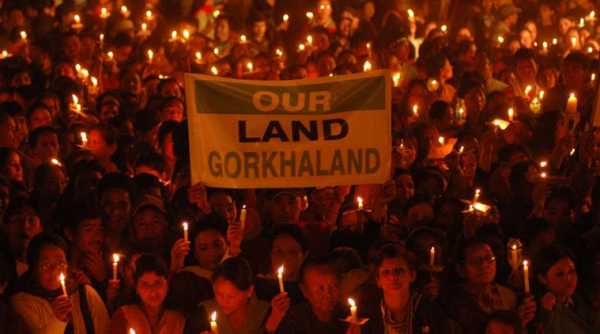 Even after a month of ceaseless unrest, the situation in Darjeeling continues to be in the boil with the Gorkha Janmukti Morcha persisting with its demand for a separate Gorkhaland state. The condition further deteriorated over allegations of a protester being killed in police firing during a conflict at Sonada on the 7th of July.

The police refuted the charges made by the Gorkha Janmukti Morcha (GJM) that more than four persons had died in the police firing. The GJM took out rallies in protest against the alleged killings of the protestors. 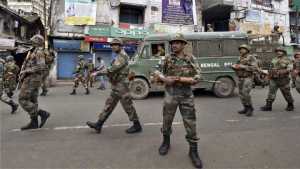 The condition has been the same since the last one month and apart from medicine counters, all shops, schools and other institutions remained shut. Even internet services lay suspended.

The GJM supporters clashed with the cops in protest against the killings and violence erupted again as they torched a police outpost and a toy train station. A high alert has been declared and the Army has also been employed, with security forces patrolling the streets and keeping an eye on the entry and exit routes.

The GJM refuted Chief Minster, Mamata Banerjee’s plea to restore peace and the idea of a talk with the hill parties saying that they were willing to have discussions regarding Gorkhaland with the Centre. The party also sought the National Human Rights Commission citing as examples the instances of human rights violation as well as the alleged misuse of power by the West Bengal police.

Banerjee on the other hand blamed the Centre for its lack of cooperation claiming that it was because of their refusal to send CRPF personnel which has resulted in the current situation in the hills. However the Union Home Ministry denied such allegations and claimed that 11 companies of parliamentary force personnel had been sent by the Centre to the hills. 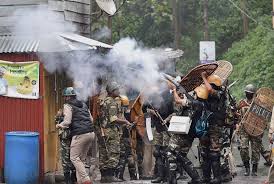 Pawan Chamling, chief minister of Sikkim has urged the Centre to do something about the current Gorkhaland issue. He cited examples as to how the conflict in Darjeeling has been having a direct impact on the life of people in Sikkim as well.

Meanwhile the continuous agitation has rendered more than 50000 tea garden labourers in 87 plantations jobless and has resulted in their uncountable losses in the tea gardens. Prabhat Mukherjee, the vice president of the Cha Bagan Trinamul Congress Mazdoor Union stated:

“ it is disappointing to see that no leader of the other trade unions has raised his voice in favour of the tea workers and their families who have been living in deplorable condition for the past three weeks.”

While the state government has no plans to relent, the Gorkha Janmukti Morcha also does not intend giving in and will continue pressurizing the state with the strike along with threats of going for indefinite hunger strikes. P. Arjun, one of the senior Morcha leaders stated that: 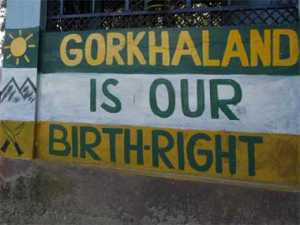 Mamata Banerjee, on the other hand, blamed the Centre for creating tensions and attempting a division of Bengal and insisted that she would resist them until the very end. “ Kashmir is burning. You have made a mess trying to handle Kashmir. A total failure there, but still you are peeping into Darjeeling now, trying to set it on fire and divide us,” she said.  She isn’t ready to allow the division of Bengal and stated that “ whatever the people want, we will give within our means. But the division will not happen, not happen, not happen.”