The death toll at the Baba Raghav Das medical college hospital is on the rise.  Almost 60 people, mostly kids have passed away last week. Lack of oxygen supply to the pediatric ward and infection are supposed to be the cause of such a disaster.  The death of almost 30 children in the span of 48 hours was a shock to the entire nation.  According to reports, the hospital failed to pay its dues to the oxygen supplier and people are claiming that this is the reason for the death of the kids. There is a letter from the suppliers, Pushpa Sales Pvt Ltd, warning the hospital that it would stop the supply of oxygen cylinders if they fail to pay their dues. However, the hospital has denied all such claims. The Chief Minister of Uttar Pradesh Yogi Adityanath is facing a lot of criticism from the opposition for this tragic incident. He has vowed to not let any such incident happen again and is said to be working closely with the union health minister JP Nanda to get a remedy for this situation. The Union Chief Minister has also said to have allotted Rs 85 crore for a regional health care facility at Gorakhpur, with the goal of researching about the infections in children, their possible causes, and cure. The central and the state governments have taken a joint effort to prohibit such incidents from happening again.

Encephalitis, the cause of the deaths of the children, is said to have affected Gorakhpur the most. And the lack of proper healthcare facilities has resulted in a large number of deaths. One of the doctors, Dr. Kafeel Khan, who was one of the first respondents, is now being accused of stealing oxygen cylinders for his private clinic. Proclaimed a hero for his quick response

and help, he now faces the wrath of the people, as they blame him for this incident. Dr. Khan has been relieved of all his duty and is being investigated. Dr. Bhupendra Sharma has taken over from Dr. Kafeel Khan and is not the new nodal officer. The CM has warned that the responsible party would be punished severely. The opposition is mounting pressure on the Chief Minister Yogi Adityanath by demanding his resignation. UP Congress committee is blaming the state government for this tragedy and is forcing the ruling party to take responsibility for the deaths of the innocent kids.

The gravity of the situation needs to be acknowledged. This is not the time for playing the blame game. This situation gives us a reality check on the health care facilities available in our country and conveys the need for better health care, not only in the metropolitan cities but in every part of our country that includes our rural areas too. It is high time we unify our efforts and make drastic and long strides in our medical sector. 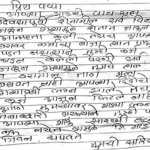