Even when Anjan Dutta was making his first Byomkesh Bakshi movie, he commented that he was aware of the homoerotic subtext of the books. And yes, there was plenty of instances that could be held up to show that subtext. For the ones who claim that Byomkesh was clearly married and hence had no homoerotic affiliations, think long and hard about Satyanweshi itself. Ajit’s first description of Byomkesh, his utter misery when Byomkesh was wrongly arrested and his ecstasy on his return do not make much sense if we remind ourselves that these are just two straight men who decided to share a room just for a few days- they do not even know each other that well and Ajit had no concrete proof for thinking that Byomkesh has NOT killed the man. And yet, he is pretty sure about it in his heart. Why?

We’ll come back to the Indian context later, let’s first explore the nature of Male-Male relationships in the American and English Television. This has a rather peculiar nature. No one really denies that there IS a great amount of homoerotic tension going on between the two men but they never culminate it either by making the relationship canon.
Before we move on to the ‘gay chicken’ part, let’s actually establish the ‘homoerotic tension’ part. Very early on, nearly in Shakespeare’s time, people actually seemed to think that while Male-Male relationships could not and should not be sexual, they were worth much more than Male-Female relationships. Same sex camaraderie was highly advisable, and valuable. And it seems that the same belief has returned after a long time of having the lone-wolf heroes.

Take Dean Winchester from Supernatural for example. He is a very straight guy (I don’t mean to make assumptions about someone’s sexuality based on their behavior but Dean clearly is a ladies’ man.) But unsurprisingly, he and Castiel won the Best Couple Award in the Teen’s Choice Awards of 2015- and among the 19 couples that were nominated, there were a lot of powerful canon heterosexual couples like Damon and Elena of the Vampire Diaries. Dean is a slightly less sexually active version of Barney Stinson, but all the show watchers know for certain that the most important people in his life will always include two people (three people, when Bobby was alive. Or is Bobby alive again? I haven’t checked)- his brother and Castiel. Thus this may not be a sexual relationship that Cas and Dean have, but it is clearly more meaningful and long-lasting than any relationship that Dean had with any woman.

But why play the gay chicken? Why build up the tension of the kiss and then move away at the last second? Because this is still a very heteronormative society. Not that shows are not getting braver, they undoubtedly are, they just cannot take a risk with their main protagonist unless the show is completely about gay or lesbian or any of the other marginalized sexualities. No one can just be casually gay or bisexual and get away with it.

I’ll give you an example here even though it may seem vague. In The Flash(2014), there is not much homoerotic subtext between Barry Allen and Eddie initially because of obvious reasons, Barry hates Eddie for being in a relationship with the girl whom he loves. But gradually towards the end of the series, they do develop a rather adorable friendship. Then finally in episode 19 ‘Who is Harrison Wells?’ (probably the last good episode in the series), the scene where Eddie and Barry almost sit on each other’s’ laps in the old lady’s house (that sofa was tiny)- the subtext becomes pretty darn clear. Also, Barry’s freak out when he tries to bring Eddie out of custody on being wrongly arrested and Eddie’s subsequent attempts to calm Barry down? *ahem* Epic level of canon homoerotic angst. Any fangirl worth her salt would be able to spot it.

And that’s the answer to the question- why do they create this homoerotic subtext in the first place? They want to cater to two very different kinds of audience base at the same time. Martin Freeman once said that whenever a 8 year old boy walked up to him, he knew that it was because of Hobbit and whenever a 19 year old girl walked up to him, it was because of Sherlock. Now, trying to make both of these people happy is difficult. It results in weirdly contradictory character traits. Barry has a complete panic attack when he thinks that Eddie is being wrongly sent to jail and yet when Eddie actually DIES… wait no, he does not just die- he shoots himself to save Barry- then, Barry has absolutely no reaction. He does not even bother looking at Eddie’s corpse even once before rushing out of the building. I mean come on! I would have had more of a reaction had a stranger given up his/her life for me, and Eddie was actually Barry’s friend.

So this gay chicken act is inevitable in the American television, but what about the Indian television? Let’s come back to Byomkesh again. Here the situation is completely reversed. Here Byomkesh and Ajit can actually sleep on the same bed under the same mosquito net, and no one bats an eyelid. No, don’t take my word for it, if possible check out the earlier episodes of Colours Bangla’s ‘Byomkesh’ on the internet (Now that Byomkesh is married, I don’t think that Ajit and Byomkesh share a bed anymore, but even if they did- STILL no one would bat an eyelid).  And there’s a reason for it, we are so used to male-male camaraderie in Indian cinema and TV shows, it does not seem a least bit homoerotic to us. But if the same thing was shown on American television, fanfics (with a heavy amount of smut, mind you) would have been written about this.

I know this isn’t a TV show, but think about Srijit Mukherjee’s for a moment. That did not only have a LOT of homoerotic tension between Kakababu and Hani Alkadi, they have INTENTIONAL subtext- complete with Hani Alkadi running away in slow-mo while Kakababu stares wistfully at him, a romantic song plays in the background with a montage of their earlier scenes. You CANNOT convince me that that was not intentional. And yet, hardly anyone one noticed.

So yeah, in American television they are still stuck in the Bengali serial range of visual romance (hands touching while picking up a handkerchief with romantic music in the background) when it comes to its male-male relationships while Bengali serials and movies can literally show two men doing ANYTHING and you wouldn’t care because nobody’s looking for the homoerotic subtext here. 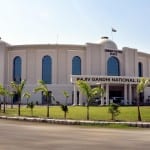 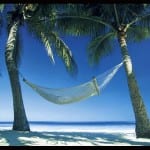