From the Monticello Miracle who got hit ‘twice’ to the new mother who had a heart attack ‘twice ’to the man who got hit by a baby ‘twice’, this list will provide you with all the fantastic material that will surely make you think ‘twice’ before saying ‘ third time’s the charm’ ever again. 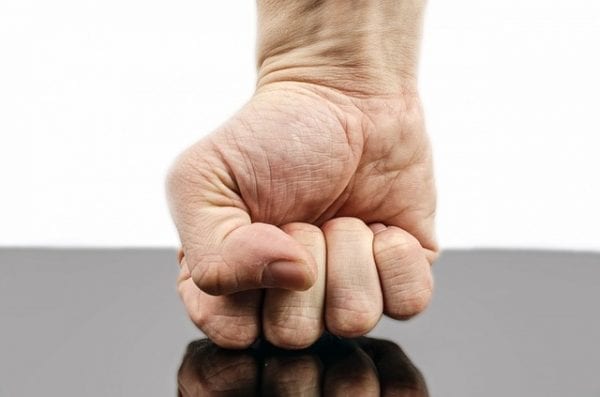 These real-life stories of miracles that make two seem to be the magic number will not only make you feel surprised but will also provide you with the inspiration to feel positive and be in sync with the side of yourself that still believes in all the magic in this world.

The following list is the tiny packet of miracles that is all the awe-inspiring real-life inspiration you will need. It will make you smile and guffaw and in the end, leave you a bit teary-eyed. It might even make optimists out of cynics!

Don Karkos had not thought that he would go blind on December 7, 1941. But then nobody had actually anticipated the Japanese attack on Pearl Harbour in Honolulu, Hawaii that would kill off 2403 Americans and sink 4 out of the 8 U.S Naval ships that used the place as a quay.

A World War II veteran, Don Karkos was in the naval base that ill-fated Sunday morning and was hit by shrapnel from a blast nearby that destroyed his right eye nearly and made him lose vision in his right eye. The soldier was a victim of one of the worst secret attacks on the Allied forces ever. This attack was later labelled a war crime in the Tokyo Trials.

Don Karkos woke up in a military established hospital in Iceland and was devastated on hearing that he could no longer see through his right eye. If one thinks about the cons of this condition, then one should compare the peripheral vision and depth recognition percentages with a person who has the use of both the eyes. One could just literally walk into the nearest wall and hit themselves!

Don Karkos now worked at the Racecourse in Monticello, New York, grooming and taming horses before their trainers would get them to train and ride. On December 13, 2006 while tightening the harness of a wild horse called Chimo, Don Karkos was hit by this horse on the same spot below his right eye. The old man reeled back and was immediately rushed to the local hospital but by evening, at home, while rubbing his eyes, he realized that he could see through both eyes again.

For 64 years, doctors had failed to restore his eyesight. “Being hit twice on the same spot sure has its benefits, huh?” was said by Don Karkos as he chuckled and planned to use his newly gained eyesight to do things he’d missed out on for so many years.

On a fine day on the 23rd of September 2012, forty-year-old Ruby Graupera-Cassimiro had just delivered a healthy baby girl through a C-section. Her entire family was ecstatic outside and everyone was rejoicing when all of a sudden Ruby gasped and her heart stopped pumping blood and she went into a cardiac arrest. The doctors were bewildered as her heart was still beating but lo and behold, it was not pumping any blood. It was as if Ruby’s heart had developed amnesia and had forgotten what its duty was for the time being.

The doctors pooled into the room and began the chest compressions one by one but to no avail. For 45 minutes, they pumped and performed advanced CPR on her while keeping her hooked to the ventilation machine.

The nurses outside had gathered with Ruby’s family members to pray and seek for Divine Grace that would save her life. It was so edge of the seat that an ashen-faced nurse rushed out of the room to get some fresh air.

Suddenly without any medication and just before they were finally going to unplug the life support machinery that was keeping Ruby alive, she gasped again. The nurse alerted the code and right in front of the doctors’ dazed eyes, Ruby’s heart remembered its purpose and began to pump blood again, throughout her body.

Ruby’s heart had suffered an air lock from amniotic fluid that had leaked from the uterus and gotten into her bloodstream. This fluid had somehow, miraculously, dissolved all on its own, thereby starting back her heart.

Dr. Knurr’s only theory is the rapid chest compressions two at a time, on the same spot, which could have been the main reason for this miracle recovery!

Ruby, however, believes that some higher power in the Universe was running the show that day.

A mother probably took the expression “throwing the baby out with the bathwater” too seriously as her baby hurtled out of the 4th floor window and onto the street below. Luckily for her, Joseph Figlock, a local sweeper was walking down the same street in Detroit when this event took place in 1937.

The toddler hit him on the neck and shoulders and pummelled him to the ground. They were taken to the local hospital and admitted where the baby was only bruised but Joseph had developed a chronic neck and shoulder injury that would make his life miserable for quite some time.

Next year, in 1938, another mother, too busy on the telephone, saw in horror as her 2 year old kid, David Thomas, was flung out of the window, spiraling downwards at an alarming rate. As luck would have it, Joseph was right there on the same spot, trying to sweep away some stuck debris. The kid landed on him hitting his neck and shoulders and both of them tumbled to the ground.

History repeated itself as the two were taken to the hospital. The kid had been bruised and had needed a few stitches. Joseph, however, had escaped unscathed and miraculously his shoulders and neck didn’t hurt any longer.

Whether it was luck, the Universe, or Divine intervention remains a mystery. But two times is definitely the charm for these people!