Yes, of course, I’m talking about The Great FARHAN AKHTAR  !!

Our beloved Actor, WAIT NO, Singer, NO NO, Producer, WAIT A MINUTE, Director ? Yes, Ladies and gentlemen this multifaceted personality is none other than Farhan Akhtar, who today celebrates his 42nd Birthday. Pardon me if I missed out something on the list, the other roles that he plays behind the sets – screenwriter, editor, lyricist and social activist. Rock ON, Zindagi na milegi dobara and Bhaag Milkha Bhaag were some of the films that got the 42-year old actor national acclaim. But so did Dil Chahta Hai, Don, Talaash, Fukrey and Don 2, but yaa, then you may again ask, “Weren’t these films starring Aamir Khan, Shahrukh Khan and a bunch of newbies?” Indeed, but Farhan this time, operated from behind the camera carrying out the production and direction of these Super Hit films.

10 things that every die hard Farhan Akhtar fan must know:

If Farhan collected 1000 bucks for every time he watched Sholay, he’d have by now collected the notorious reward of “Pachass Hazaar”. For those of weak with math, Farhan has watched the film for a total of 50 times. And still, he doesn’t find it perfect !

Men Against Rape and Discrimination or MARD/M.A.R.D is a 2013 social campaign launched by director-actor Farhan Akhtar with an aim to raise social awareness against rape and discrimination of women. Farhan tweeted about the campaign :  “If you are a man who respects women… her rights, her dignity, her independence, her mind, her body, her life… you are a #MARD. “

When his mother, threatened to throw him out of house for doing nothing in the house other than watching films, Farhan concocted ‘Dil Chahta Hai’. Akhtar had written the script based on his trips to Goa and New York, as well as a narration of a story outline by a friend of his. He was credited for starting a “new wave” in Indian cinema. 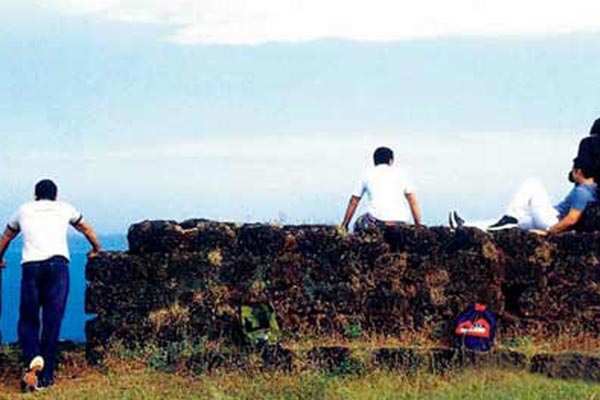 Before Aamir Khan, Farhan was approached with the offer to play the famed fun-loving patriot “DJ”. Sadly, Farhan turned it down. He marks it as his biggest regret.

With ‘Bhaag Milkha Bhaag’ the 42-year old established his strong all-rounder quality in the industry. The biopic brought the real and reel Flying Sikhs together in mutual admiration of each other and strengthened their bond. ‘Bhaag Milkha Bhaag’ was a phenomenal hit grossing $15 million worldwide.

The director-actor-singer-writer after doing most of his stunts on his own in his recent film ‘Wazir’ expresses a major phobia of cockroaches. He also says he wants to overcome this one day.

Friendships always have played a pivotal role in his films starting from Dil Chahta Hai to Zindagi Na Milegi Dobara to Fukrey. According to the actor it was his friends who supported him during the tough time when his parents Javed Akhtar and Honey Irani divorced in 1978. Ritesish Sidhwani, who is also his business partner is his closest buddy. Together they created Excel Entertainment in 1999 and have gone on to create several films under Excel’s banner.

Farhan had his mother sent into a frenzy when he failed in every subject in school. He then took admission in HR college in law course, but was dismissed in second year due to short attendance. He in fact spent two years just watching films, day in and day out on VHS. He called it his film school course for two years.

In 2007, Farhan Akhtar directed ‘Positive’, a film produced by Shernaz Italia and Frenzy Kodaiji, starring Boman Irani and Shabana Azmi. It was a short-film running for 12 minutes. Dealing with a family’s attitude towards a person suffering from HIV-AIDS, the film was shot in Mumbai and aimed at creating awareness about the problem. Akhtar stated the purpose of the film as “Just as a social stigma, many people believe that an HIV patient should be isolated. They also have certain misconceptions about dealing with the disease.” It was a part of the ‘AIDS JaaGo’ (‘AIDS Awake’), a series of four short films.

During all this, how could we possibly overlook his deep, heavy, husky voice which has made us all swoon in Rock On, dance on Senorita, draw inspiration from the intermittent poems in Zindagi Na Milegi Dobara and stuck us petrified in Karthik calling Karthik. The voice, that can be picked up on any antenna! The voice that makes Women want him and Men want to be him !

Wishing him a marvelous year ahead and all the success for his upcoming film ‘Wazir’.

Thank you for keeping us entertained Farhan !

we all wish you a very happy birthday!!!