There’s a new rule which has been implemented in India, my fellow citizens. India’s drivers are used to breaking rules, skipping the signals, over-taking, going through a few rounds of legal questions when caught, the shameful face of bribing and even the odd and even days. Amongst all this craziness which is prevalent on our roads, we have a new rule which is helmets for the pillion riders. 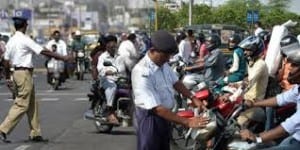 The helmets are used to protect your skulls and not your hair. Yes, the heat absorbed inside the helmet leads to the untimely fall of your tresses. However, your life is more precious!

People believe that there’s no use of riding a bike that cost them a million bucks just so that their face ends up hidden by a mask. They love to boast, not only about their bike but also about the girl on their pillion!

So now lets take a look at the facts:

India is rated as having the highest number of road accidents in the world, over-taking China in it’s game. It has earned the title of being a dangerous and unsafe place for people on the road. 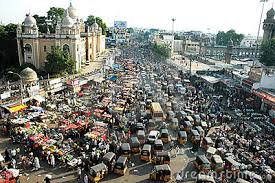 With this impressive (not really) record in our hands, we are reminded of the fact that every minute there are people dying in these accidents. Call it being irresponsible or the intervention of fate but reports suggests that many people would be alive now if they would have strapped their helmets to protect their skulls from the fatal blows.

People wearing helmets are 37% less likely to get killed in an accident!

Though these rules are already in force, there is still non-acceptance of such rules by the people. The government has gone and taken another step by enforcing helmets for the pillion riders too. 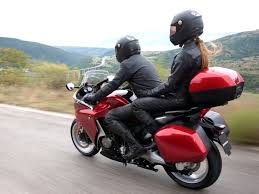 This enforcement came into force with a jolt and only a few cities in India have been placed under the jurisdiction of following it while the other cities are in queue to do so. The Andra Pradesh government and the Kerala government are in the process of getting it on the roads.

For Bangalore, this rule comes into force from the 12th of January.

There was, however, news of it being implemented by the 20th of January! The RTO (Regional Transport Office) officers have taken a lenient turn on this issue since the awareness still needs to reach all the corners of the state and there is also the factor of people purchasing the helmets.

Rules for the kind of helmets that can be purchased!

You just can’t go and select a funky, stylish helmet for your skull from now on. The rules are hell bent on looking after your safety and hence the helmets are supposed to consist of the ISI marks which proves it’s quality. 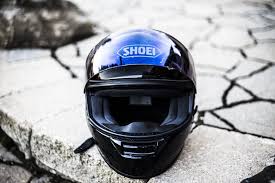 Remember folks, helmets are not for the sake of trend but for the safety of your heads and there sure are a lot of people who live for your life and your smile.You need to be safe for them, if not for yourselves.

No Fine for the Pillion riders but for the Driver!

All of you must be wondering what the fine amount is. If you are a rich kid with a heavy wallet and don’t mind paying, here’s the cliche:

In the initial days, it would only be a fine of a hundred rupees. If you are caught with the same blunder a few times, they are bound to seize your vehicle and the legal rules come into play.

So all the riders out there, your friend isn’t going to pay for you. Hence make sure you protect your head, the pillion rider’s head and your wallet! Accept the rule with a warm heart and make Indian roads a safer place to be.