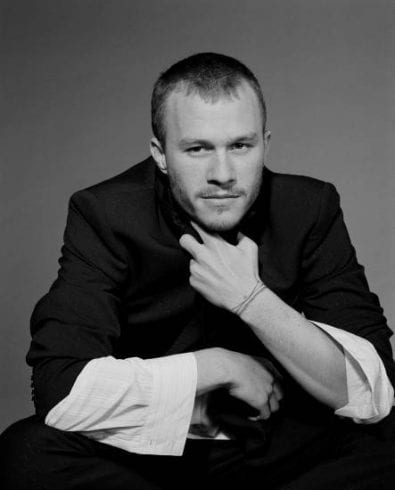 The world went into mourning when Heath Ledger died an unfortunate death due to drug overdose. He was shooting for his role The Joker and had it all written down in his journal. The Heath Ledger Journal is a chilling account of what he was going through in his last few days.

Heath Ledger was an Australian actor whose acting skills have impressed and mesmerized cinema lovers all over the world. Before appearing as The Joker in Christopher Nolan’s The Dark Knight, the actor has shown his excellent acting skills over and over again on screen.

Some of his notable movies include Brokeback Mountain, Ten things I hate about you, Candy, the Bob Dylan biography I’m Not There, and many more. He received various awards and nominations for his roles in these movies.

When Heath Ledger was cast as The Joker in The Dark Knight, people weren’t initially sure about his contributions to the character of this Iconic Anti Hero. And filling up Jack Nicholson’s footsteps wasn’t a job for an ordinary actor.

But as The Joker emerged on screen, we got to see something extraordinary, something terrifying, something almost poetic. The performance of Heath Ledger in the movie has gone down in history and is probably one of the best performances in the history of cinema.

Heath Ledger brought The Joker to life on screen, but The Joker had a completely adverse effect on him. He was on Ambien pills and couldn’t sleep at all. A restlessness followed him, and he was exhausted and had absolutely no peace of mind.

He started suffering from some respiratory illness, struggled immensely with substance abuse, and he was getting no better any soon. He moved out of the apartment in Brooklyn that he shared with his girlfriend, Michelle Williams, and lived alone.

At around 3 PM on 22nd January 2008, Heath Ledger was found unconscious by his housekeeper and masseuse in his apartment in Manhattan. They instantly called Ledger’s friend, Mary Kate Olsen, to help him. Help rushed in soon, but the CPR did not work, and he never breathed again. He was only 28 years old.

On 6th February, according to a report, it was concluded that he died by the combined effects of oxycodone, hydrocodone, diazepam, temazepam, alprazolam, and doxylamine.

To get inside the deviant mind of The Joker and feel his twisted and sadistic ways of functioning, Heath Ledger locked himself in a shady hotel room for over a month. He created a journal that helped him assessing and execute the character of The Joker, like the way he desired to. The journal was his inspiration.

The Heath Ledger Journal was first featured and came to the public eye in the documentary I Am Heath Ledger, directed by the duo Adrian Buitenhuis and Derik Murray in 2017. The documentary is mainly conversations with his close friends, family, and co-actors.

Heath Ledger’s father, Kim, was the one who approached the documentary makers of his life regarding the journal that he had kept during the filming of The Dark Knight. Heath Ledger’s diary was a compilation of his strangest, and terrifying muses who he believed would help him execute the role of The Joker better.

He had several images and drawings of hyenas and terrifying, creepy clowns, some comic strips, and mentions of Alex DeLarge from the adaptation of A Clockwork Orange directed by Stanley Kubrick starring Malcolm McDowell. His father also included the fact that his son put himself in quarantine. He wouldn’t interact with anyone and went into an extreme level of method acting to dwell in the Joker’s mind.

According to what is found in the Heath Ledger journal, it is evident that Heath was investing in the role and his friends and family and the team of The Dark Knight agree to it. “Too Young To Die” was the click that became extremely popular on social media as it showed his descent to The Joker’s madness.

Maybe he got his strange and cold blood laughter from the picture of the hyena that we see in Heath Ledger’s journal. The hyena is one animal that uses laughter as a way of expressing most of its emotions and feelings. The cynical similarity between the laugh of a hyena and that of The Joker is really uncanny and somewhat scary.

Heath had written down the full dialogue from the famous hospital scene in the movie where he blows up the hospital while dressed in a white uniform like that of a nurse.

His father says in the documentary that his sister used to help him dress up as the nurse. Maybe he wrote down the entire dialogue so that he could keep reading it and memorize it and deliver it that way he wanted.

There are many pictures of Malcolm McDowell playing Alex. in the controversial Heath Ledger’s journal, Alex DeLarge was one of the most barbaric, perverted, and wickedly cunning maniacs in cinematic history. In the movie A Clockwork Orange, Alex does not just get involved in petty crimes like stealing; he fights, he rapes, he murders playfully only because he has fun while doing it.

Heath Ledger perfectly executed the expression, which is popularly known as the Kubric Stare.

Some other things that were found inside the Heath Ledger journal were the word CHAOS written in capital and in green color. In uneven words, which seems to be written in a disturbed state of mind, there was this dialogue. It’s simPLE, KILL THE BATMAN.

The other words written in the journal were words from all over the place that probably made sense just to him, including Blend babies, Land mines, AIDS, Beloved pets in bad road accidents, Statistics, [Illegible], BRUNCH!, The Periodic Table of the Elements.

One of the most grotesque and terrifying thing about the Heath Ledger’s journal must be it’s a bright childlike cover, from which we cannot fathom the maniacal and the twisted insight of the content it holds.

According to reports by his family and his then-girlfriend Michelle Williams, Heath had a long history of insomnia. It might be due to the long hours of filming The Dark Knight and staying in character; his sleep troubles started getting worse.

In an interview, Heath Ledger said he slept for only about 2 hours a day, and in some days when his Ambien wouldn’t work, he slept barely for an hour.

It was almost evident that Heath Ledger went through a lot of trauma and slipped to severe extreme conditions for portraying a memorable character on screen. But the entries in the Heath Ledger journal does have some proof that maybe he knew he has gone to a place from where he cannot return. The last entry by Heath in the diary was BYE BYE.

Although his friends and family believe that the preparation for the role of The Joker wasn’t the sole cause for his untimely demise, they did not think that he was suffering from depression too. But his use of drugs was the main reason for his sad death. The facts and entries in the Heath Ledger journal are believed to be an instrument to prepare him for the performance of his lifetime.

After The Dark Knight was released, both the audience and the critics were full of applause and praise for his exquisite performance. Cesar Romero and Jack Nicholson have previously played the comic book character of this perverted and wicked Joker, and both of them in their time had also gone through unique approaches to get into the mindset of the character and bring it to life on screen.

As a result, Heath Ledger had some huge expectations to fulfill, and the fact that he has done it is evident from his performance in the film. The Heath Ledger journal makes us aware of how he did it.

After the death of Heath Ledger

From the death report of Heath Ledger, it was clear that he died from drug intoxication. According to analysis, the drugs he was using were generally prescribed for the common cold, painkilling, insomnia, or anxiety. Still, all these drugs were never prescribed together as it could have a harmful effect, and it’s evident that Heath acquired these drugs without prescription.

The sudden death due to drug abuse that also prescripted drugs of such a young talented life caused a stir in not just the United States but in the whole world. It was further investigated and reported that if the hydrocodone and oxycodone drugs weren’t in his system, he could have probably survived.

Heath Ledger’s death had a significant effect on his fans worldwide, and his death news and stories were one of the most famous news of the year.

According to his will, Heath had left his belongings and everything to his parents and siblings. But later, the family left everything to Matilda Rose, who was his child, and also Michelle Williams, stating it was a gift.

After his death, he posthumously won the Academy Award for the best supporting actor for his role as The Joker in The Dark Knight. 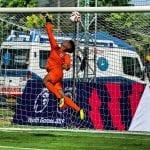 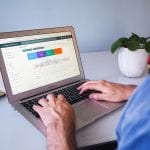