In a tragic turn of events, an 18 year old girl was hacked to death by a college student in Telengana. The incident took place just days after an Infosys techie S. Swathi was murdered in a busy Chennai neighborhood by a man who was infatuated by her. 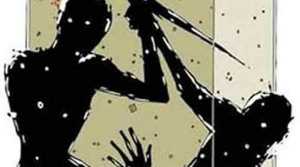 The young girl, was hacked to death on Saturday afternoon in a busy Adilabad district of Telengana. The reasons given were that she rejected his marriage proposals. The accused, M Mahesh is a 21 year old, first year degree college student. He had been pressurizing his neighbour to marry him for months but kept being rejected.

The victim, Sandhya, had her marriage fixed by another man a few days ago but the match was broken by Mahesh. Following the incident, Sandhya’s mother, who is widow and beedi worker immediately complained to the police and Mahesh was warned against harrassing the girl.

The complaint and police warning angered Mahesh. He developed a grudge against Sandhya and when he saw she was out grocery shopping, he slit her throat in full public view. The incident ttok place in front of her house at around 2:30pm.

A case was soon after filed at the Bhainsa police station. When asked about Mahesh, the Bhainsa deputy superintendant of police, Ande Ramulu commented,” Before they could stop him, he ran away.” Unfortunately, Mahesh has still not been found and the police are searching for the man. The investigations are currently going on.

After further investigation, it came in light that the boy was a wannabe actor and when the girl called him ugly, ut really hurt his ego and he wanted to take revenge. 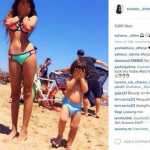