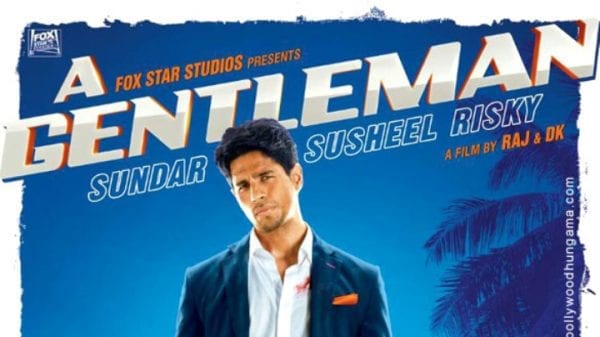 A Gentleman is an upcoming movie starring Sidharth Malhotra and Jacqueline Fernandez in the lead roles. The songs of the movie have become instant hits and people are looking forward to this film. With a never seen before lead pair, groovy songs, action scenes, the audience is eagerly waiting for this movie to hit the theaters. A few reasons to watch the film are as follows

The audience will get to see this couple for the first time on screen. Sidharth Malhotra, known for his charming and appealing personality is one of the most sought after actors. He is known for stealing hearts.  Jacqueline Fernandez is the sexy female lead of the story who takes the story to another level with her quirky moves, pole dancing, and action scenes. Their chemistry works wonders and seems convincingly real. So, this should be the number one reason to watch the film.

Music of this film has been composed by the famous Sachin – Jigar. They have given us amazing, soulful music in the past and based on the album of this movie, they have yet again delivered music of the best quality. ‘Chandralekha’, one of the songs in this movie gives you a disco feel (do not forget the pole dancing by Jacqueline), ‘Baat Ban Jaye’, another track in the album will surely get your feet moving. All other songs have been well received by the audience and people are eagerly waiting for the movie. Overall, the sound track of this film is funky and has a lot of emotion and attitude. Sidharth also makes his singing debut with the song ‘Bandook Meri Laila’ where he is seen rapping.

This film has two directors namely Krishna D.K. and  Raj Nidimoru. They form an awesome team and have undertaken man ventures like Shor in the City, Go Goa Gone, Happy Ending and many others. If you liked their previous movies, you will surely like this one. They try to bring in different unique elements into their film and blend them together beautifully giving due importance to the intricate details.

This is the comeback film for Suniel Shetty. He is making his entry into films after a long time and his fans are desperately waiting for his comeback. So this film will give us the opportunity to see Suniel Shetty in action. Other actors like Darshan Kumaar, Kushal Punjabi are also part of the film. All of them are experienced in the field of acting and are known to give a top notch performance. This movie has a strong star cast and the movie is all set to blow your minds.

From the trailer, it is evident that the movie has a lot of action scenes. So if fighting and guns are your thing, then this movie should be a must watch for you. The directors intelligently serve their audience with a power packed action movie with a pinch of romance sprinkled on the top.

There are many other reasons to watch this film. The trailer looks promising and the songs have topped the charts. All the best to the team of ‘A Gentleman’ and we hope that the film breaks numerous box office records. 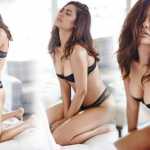