From Geeky to Ooh-La-La: Journey of Vidya Balan

“I am reverse ageing. I was born a woman, am now a little girl” –Vidya Balan

She was born in Palakkad, Kerala. Her father was Vice President of ETC Channel, and she grew up in Mumbai.

Her First Attempt at Acting

Her first debut was a Malayalam movie with none other than Padmashri Dr. Mohanlal, but it got shelved.

Then she next signed a Tamil movie, but she was replaced by another actress.

She was also replaced from Manasellam due to her “non-performance” by Trisha Krishnan.

“I was considered a JINX.“
–Vidya

Vidya abandoned her movie career after facing so much criticism and headed towards the world of advertisements.

She made a series of ads with director Pradeep Sarkar.

“Fame didn’t come to me so easily.”
-Vidya Balan

Her TV Debut as the Nerdy Girl: Radhika Mathur

If you are an 80’s child, you must remember the sitcom that used to air on Zee Tv, Hum Paanch.

And if you were born in the nineties, then you were lucky enough to catch the second season of this hit comedy serial in 2005. All the characters in the serial became so popular. But only one girl went on to become the fourth-Khan
‘First Balan‘ of this industry.

“Well, the Khans can now add Balan at the end of their names, instead of me adding Khan to my name.“
– Vidya Balan

“I had to give 60 screen tests for Parineeta.”

When Pradeep Sarkar decided to cast a model and small-time actress who sold low-cost detergent as Lolita, it raised a lot of eyebrows. But when it hit the theaters, everyone loved the intensity of her gaze and her sense of grace.

She swept every Best Debut award in the country. And every film-maker began fashioning spaces for her in their films.

She Never Looked Back Since Then

And Then Entered PAA

Everyone thought Vidya Balan, the actress, was finished when she had to play the mother of Amitabh Bachchan. But her strong performance took everyone by surprise. 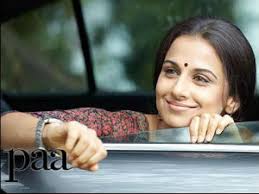 In a country full of prudes, Vidya confidently portrayed the character of a voluptuous, bold, raunchy sex symbol in The Dirty Picture for which she even won a National Award.

Shaadi Ke ‘NO’ Side Effects

“A married actress is hotter because she is like the forbidden fruit.” 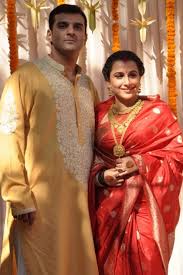 In 2012, she married the head of UTV, Siddharth Roy Kapur.

“I have become more shameless after marriage.”
-Vidya Balan

She was also one of the jury members at the Cannes Film Festival, which is a RARE HONOUR.

Talk About a Transformation, huh?

And Now here we are..

Must say, Vidya has come a LONG way..

The girl who was dropped from a movie for her “non-performance” has left everyone spellbound.

“If you really wish for something, don’t hold on to the wish. Instead,  send it out in the universe, let the universe do the rest of the conspiracy.”

Whenever individuals hear about online… Read More »Situs Poker Online: What You Were Missing Out Till Date With Land Casinos?

A lot of work goes… Read More »Which Countries Have the Best Game Development?

What are Japan’s pachinko parlors?

If you have ever explored… Read More »What are Japan’s pachinko parlors?