The Gulf States forming the Gulf Cooperation Council (GCC) have announced, with a drastic change in policy, that taxes will be levied upon their citizens for the first time.

The GCC is a loose federation of Saudi Arabia, Qatar, Oman, Bahrain, Kuwait and the United Arab Emirates (UAE – consisting of seven Emirates). These six Gulf States recently finalized the decision to impose VAT charges. This decision was borne from a number of reasons, such as expensive military operations and high budget deficits. The game-changer, however, is the global slump in oil prices.

The oil industry, which forms the backbone of revenue in the Gulf States, is currently experiencing its deepest dip since the financial crisis. Companies have been forced to decommission nearly two-thirds of their oil rigs while more than 200,000 workers have been laid off. Oil prices have plummeted over that last year from $90-$100 a barrel to less than a shocking $40 a barrel. Brent Crude Oil, the main international standard, was going at $37 a barrel on Monday the 14th of December. The main cause of this is the increase in the United States domestic production over the last few years to nearly double of what it previously was. This has caused increased competition among oil-producing nations for Asian markets, leading to a drop in oil rates.  This fall in prices has had a negative effect on the economies of Gulf States.

Saudi Arabia has withdrawn billions of dollars from global investment funds in order to reduce budget shortfalls. Despite this, it has backed operations such as an eight-month campaign against Iran-based rebels in Yemen. As Deputy Director of the International Monetary Fund (IMF) Middle East department had correctly stated in November 2014, Gulf States will be forced to cut spending in line with the rapidly declining oil rates to avoid budget deficits. 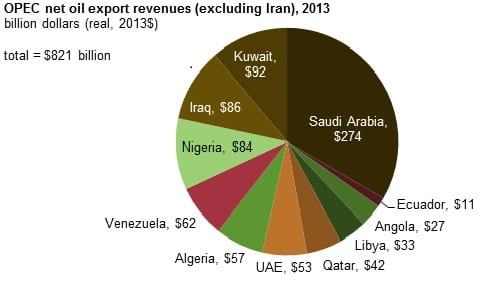 Taxation is considered an alternative source of income for the Gulf States wishing to avoid the bleak future that would stem from oil-dependent economies and populations. Earlier this year (August 2015) the IMF had recommended that the UAE impose a 15% tax on passenger vehicles and broaden the coverage of its corporate income tax scheme, in addition to a 5% VAT. According to the IMF, value-added tax alone would account for 2.7% non-hydrocarbon GDP of extra income. The soundness of this advice is telling, as experts are of the opinion that the time is ripe for Gulf countries to levy taxes, thereby improving fiscal balances and diversifying revenue streams.

A target to introduce ad valorem tax over the next three years has been announced by the council. Healthcare, education, social services and ninety-four food items will be excluded. The undersecretary at the Ministry of Finance, Younis Al Khouri has stated that most issues have been resolved and added that he expects an agreement to be reached in 2-3 years, after which a further 18-24 months would be required for implementation. 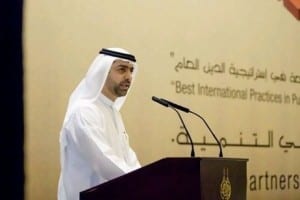 Younis Al Khouri, undersecretary at the Ministry of Finance.

However, the introduction of taxes separately may lead to competition among GCC states as well as smuggling. In order to avoid these detriments to the state of their economies, the countries aim to implement the change at the same time.