Samsung has always been one of the leading brands in the field of electronic gadgets. It took over the market after releasing its budget-friendly Android mobile phone and since then has upgraded itself to meet the needs of its customers by introducing them to more advanced technology each time they release a new phone model. The Galaxy Note Series is one of the most popular Android phablet produced and marketed by Samsung.

The latest model of this series, the Galaxy Note 7 was much anticipated by the people as usual. The phones were available for pre-order the day after the company unveiled it. It was officially released in the U.S. on 19th August 2016. It broke all pre-order records in South Korea and had an outstanding response in other countries as well.

But soon, customers started complaining to the sellers and the companies about how their new phone was having ‘issues.’ Some complained of the phone crashing several times in a day while the others reported of it getting overheated too soon. However, the real trouble came in when people complained of the Samsung phone EXPLODING unexpectedly. Yes, you heard that right, about 35 complaints were lodged within the first few days saying that the phone burst into flames- anywhere, anytime. In several incidents, the phone exploded in the user’s hands thereby causing accidents. It leads to personal as well as property damage and the users started suing the brand over this issue. A company spokesperson informed that it was due to a manufacturing defect in the battery which was produced by a Samsung subsidiary. The fiasco went on for almost one month. The U.S. federal consumer safety regulator officially recalled the smartphones and told the owner’s to “immediately stop using and power down” the device. Following this, the U.S. and the U.K. airlines stopped allowing the usage of the phone on board. There was a rage all over the internet urging Samsung to kill its flagship phone after it was recalled for the second time. The issue is serious, and our advice would be not to buy the phone. You would get it after you see a couple of YouTube videos where you can see the explosion of the gadget.

Samsung had initially stopped the production of Note 7 and offered an exchange program where they would replace the Notes with Galaxy S7 and S7 edge with an additional $25 gift card from a participating carrier. However, this was not a formal government recall. But after the second recall, they should immediately consider killing the notes and ensure the safety of its customers as well as maintain its status in the field of electronic gadgets.

Update: Following the dozens of fires and explosions, Samsung has declared the permanent discontinuation of the production of the Galaxy Note 7 in a regulatory filing in South Korea late on 11th October. “Putting consumer safety as the top priority, we have reached a final decision to halt production of Galaxy Note 7s”, the company announced. A spokesperson confirmed that the suspension was “permanent.”

This decision is fully supported by us consumers. In the midst of this, let us look forward to the new models released by them. Don’t completely lose your faith in the brand as it has always provided you with the latest technology within your budget. 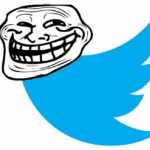 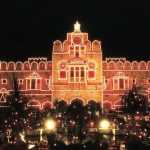