The Consumer Electronic Show, CES 2016 took place in January in Nevada, Las Vegas. CES is a boon to debut the weirdest technology gadgets from all over the technology industry. Everything is showcased here in large quantities. Amongst all the gadgets, here is a list of items that excited us the most.

Fitbit launched its smartwatch with upgraded tracking features. This watch comprises of built-in GPS, which allows you to trace your path along with your pace, duration, notifications for call or text and many more. This 199$ gadget would be in stores by may 2016.

Parrot’s latest UAV is a high-tech piece of a drone. Unlike other traditional drones, it just requires a toss in the air to handle itself through its autopilot and A.I mechanism. Parrot Disco drone has two wings with a single propeller design. On a single charge, it can fly at a speed of  50mph and stay up for as long as 45 minutes.

Fridge is considered ‘just’ like a machine to keep food cool. Samsung, which always pops up with new ideas, came with a smart fridge this time. It contains a large 21.5-inch vertical screen which allows users to order grocery items, make shopping lists, listen to music and leave notes.

Human alike robots is an everyday thing, but WowWee came with a dog alike robot ‘Chip K9’. This robot follows user sound, chases a ball and charges itself.  “If the goal is to provide all the benefits of a real dog with none of the messy parts involved, this little guy is the closest any robot dog has come thus far”, said by team WowWee.

If you are amongst those persons who hate the screeching siren of an alarm clock in the morning, then this gadget is surely made for you. French company came with its concept of an olfactory alarm clock which wakes you up with the seven fragrances (croissants, espresso, chocolate, mint, cut grass, toast or “seaside” )at a programmed time. The company says  “It takes one to two minutes to wake up via scent, while an audio alarm kicks in after three minutes, just in case.”

Bang & Olufsen’s gorgeous speakers possess a smartphone-controlled software among them. The 18 drivers in each speaker behave differently in each scenario to cancel out reflections and optimise the audio quality up to Q capital quality. This pair of speaker is worth every penny and costs 80,000$.

These futuristic shoes are the first connected, interactive, hot, shock-absorbent shoes with automatic tightening that can be controlled via smartphone. This device counts the distance as well as the calories burnt. Karim Oumnia, the boss of Digitsole, said: ”The Smart shoe provides a trendy solution to keep feet warm and comfortable in cold weather and is ideal for casual everyday activity.”

Consumer physics’s Food scanner is a bonanza for people who are diet conscious. It can analyse food pieces and let you consume them only when you are sure they match your dietary conditions. It gives proper chemical composition and nutritional value of food.

A temporal artery thermometer that can capture accurate temperature readings and transmit them instantly via Wi-Fi. This 99$ gadget can measure up to 4000 measurements in 2 seconds.

A device which uses low-level light therapy to “re-energise” hair follicles. It has LEDs as well as laser diodes in a ratio and wavelength. Approved by American FDA, it is used by both men and women to enhance follicle stimulation.

So which gadgets do you wish to take home!! 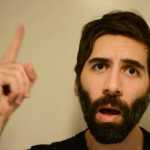 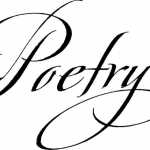