It seems future plane are going to look a lot different, if a particular study has to do anything with it. Researchers have designed a new type of aircraft at the Delft University of Technology in the Netherlands by partnering with KLM and have codenamed it AHEAD. AHEAD stands for Advanced Hybrid Engine Aircraft Development. The plane, thought to be the design of the future, helps the plane to reinvent itself, helping it perform actions and movements a lot easier and in turn, using considerably less fuel.  This sleek new plane can do wonders.

Unlike modern airplanes that have tube wings on them, AHEAD utilizes a sleek blend of wing body design that perfectly work in tandem. As the wings are integrated with the body of the plane the use of tubes can be completely eliminated.

The new design is reliant on aerodynamics for its slim and sleek form factor. The design is quite promising and it is also more fuel efficient than current gen airplanes. The drag is reduced significantly and these hybrid jets utilize two different fuel systems to maximize the efficiency of the plane.

How soon can we have the design in our commercial planes? We don’t know that yet, but it sure will be a few years, if the design is indeed accepted by aeroplane manufacturers. 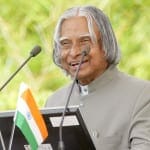