“The Misty Morning, our Tiranga proudly fluttering in the skies, the ammunition, the army, the tanks, the colors of India, this is what a republic day looks like in our country.”

We all know that India is entering its 67th republic this January. Soon after the New Year’s celebration and acceptance of change, we embrace with reverence the constitution that was implemented on 26th January 1950. 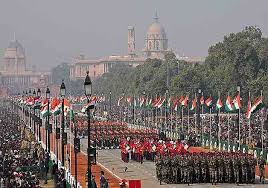 To commemorate this event we have a series of parades, marches, colorful flights, bands, music and the presence of the Indian President and the Chief Guest along with the VIP’s. Our republic is honored with a salute and the visual-treat of our military contingents.

Normally when we stick to the television screen on Republic Day, we get to see that the Indian Military is divided into the Indian Army, Indian Navy and the Indian Air-Force that spend their precious lives serving the country. The years of disciplinary training that they go through is shown by their impeccable co-ordination during the parade which is done as a token of respect to Mother India on Rajpath Road. 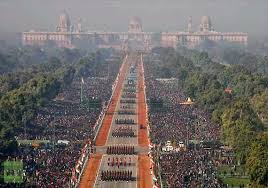 The Parade is Shortened to Ninety Minutes!

The parade slot is chopped to ninety minutes unlike the traditional two hours slot. This has been done as we have taken into account the opinion of the previous chief guest, President of the United States of America, Barack Obama who mentioned that it was too long.

Hence, the troops marching would be clubbed together instead of the individual appearances at the Rajpath venue. The marching troops would be reduced to six instead of the traditional stomping eight.

The Indian Army would be marching to the theme of ”Incredible India” with all the diversified cultures being a treat for sore eyes.

The Indian Marine services would march with the motifs of the indigenous INS Vikrant air-craft and indigenous INS-Kalvari which is a submarine. This is also brandishing the Prime Ministers Dream project, “MAKE IN INDIA” that upholds the belief of progress within our own country by our own people. 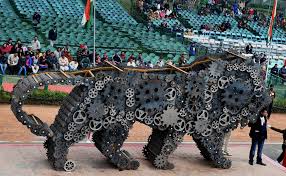 The highlight this year would be the special contingent that are trained to march, after a span of 26 years in the history of India. Man’s best friend, the dogs, are going to be marching to showcase their talent. It is going to be one of a kind with 36 Army Dog Squads parading.

Both the Labradors and German Shepherds have been selected as they have saved lives of numerous soldiers, sniffed a number of bombs and secret places, and have won places in our hearts. 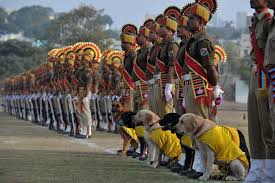 This is also done as part of  the “Pashu Seva Ashmakam Dharm” as a reply by the Indian Army to the negative opinions which had been created when they admitted that the dogs, mules and horses were put to sleep after retirement. The Army has now retreated from this act and has ended up proving their graceful acceptance and open-mindedness.

The Chief Guest this year would be the honorable President of France, Francios Hollande who would be celebrating this joyous occasion with India.

Along with this, there is installation of a covered podium for the seating of the chief-guests. This is to rectify the mistakes of the previous years where it was uncomfortable for the foreign chief guests to stand without a cover, as there was an unannounced rain!