From Rags to Riches: Stories Of 10 Women Entrepreneurs

Being a women is a blessing which is bestowed only upon the strongest. But being a women with the right attitude and unput-downable spirit is an inspiration. Here are the stories of 10 young Indian women entrepreneurs who made it big both offline and online.

Her parents said “What will i tell my friends? That my daughter is selling bra’s and panties online?” , but now the scenario is totally different. Dealing with more than two thousand different styles of lingerie products, Zivame.com is one of the famous online lingerie store. Launched in 2011, Richa an engineering student had made it more easier and comfortable for us to order lingerie of our own choices without actually revealing the product description in the delivery packets. Do you know what does the word Zivame means?? Zivame means “Radiant me“.

Founder and CEO of Limeroad.com, Suchi along with her two other mates Prashant Mallik and Ankush Mehra found the online clothing destination on 2012. Starting from shoes, bags, home decors, kitchen items to different types of dresses, Limeroad.com has never failed to impress us.

Go to google and type chumbak.com, founded by Subhra Chadda and her husband Vivek Prabhakar (chief executive) on March 2010. Chumbak mainly focuses on the essence of India. They sell products ranging from key chains, to skirts, watches, dresses, souvenirs, chumbak.com has gained popularity among people of all ages. Initially, the couple had to sell of their house, but now the company has about 20 stores and kisoks across Bangalore, Mumbai, Kolkata, Surat, etc and many other places. The most unique thing about this online shopping destination is their designs, they take inspiration from the simplest things and create something totally different and unique. Visit chumbak.com now and check their creativeness.

The chairperson of HSBC, Group General Manager and Country Head of HSBC India, Naina Lal Kidwai at a very young age became the head of investment bank at ANZ Grindlays in 1989. Not only this, she is the only Indian Woman to graduate from Harvard Business School. She was also honored with the Padma Shri for her contributions in the field of trade and industry.

She dared to dream out of the box, co-founder and former CEO of Fashion and you, Pearl Uppal had braved all the labyrinths to make FashionAndYou.com a famous market place both online and offline. Pearl Uppal always wanted to lean and explore new ventures. From being an entrepreneur to a dotting mother, she has managed to shine in all the spheres.

CEO of Shahnaz Herbal Inc. a popular and prominent Indian Female Entrepreneur, “The Shahnaz Hussain Group”  has over 400 franchise  clinics across the world covering over 138 countries. Conferred with the Padma Shri, a civillian award by the government of India in 2006, Shahnaz Hussain has been producing skin products without animal testing. Not only this, in 1996 Success Magazine rated her as the world’s greatest woman entrepreneur.

One of the  big names in the Indian Fashion industry, Ritu Kumar was born in Amritsar and did her schooling from Shimla’s Loreto Convent. Later in her life she got married to Shashi Kumar. But that never stopped her from pursuing her dream job of becoming a fashion designer. Ritu Kumar started her fashion business at the city of joy, Kolkata and now, her clothes are being worn by people from all around the world. Starting from Anushka Sharma to Lady Diana, Ritu Kumar and her designs are being loved by all. In 2013 she received the Padma Shri and was also featured in the Creating Emerging Markets Project at the Harvard Business School. Be it India, Paris, London or New York, Ritu Kumar has etched a niche for herself in the Indian Fashion Industry.

“From 50paise a day my revenue has gone upto Rs.2lakhs a day”.

Battling a failed marriage, taking care of two kids and loosing her daughter “Sandheepa”, Patricia Narayan is a burning example for each and every one of us. She initially started by making pickles, jams and squashes at home, but now she owns a chain of restaurants  throughout Chennai. On 2010, Patricia Narayan was the winner of FICCI Woman Entrepreneur of the year. Her restaurants are named after her daughter who passed away, Sandheepa chain of eateries across the cities. It was her hard-work and dedication that gave her this platform which she deserved. 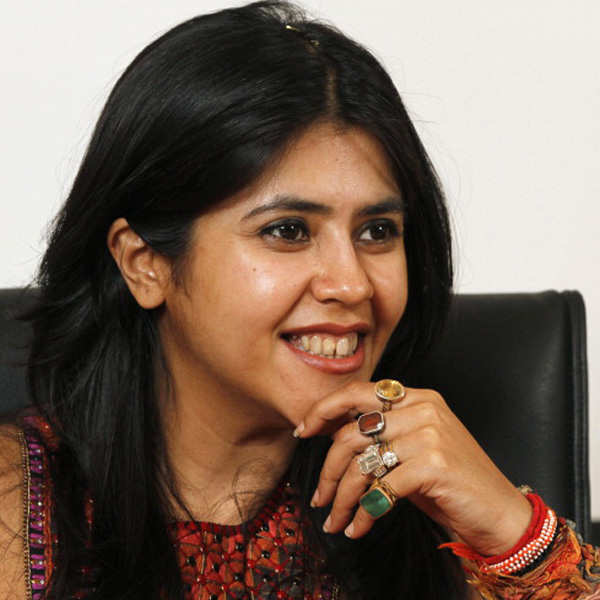 She started her career as a producer of Tv serial at a tender age of 19 with the help from her father, but now she is the creative head and managing director of Balaji Telefilms. Ekta Kapoor  along with her mother Mrs. Shobha Kapoor started Balaji Telefilms on 10th November 1994. Since then she has never stopped surprising us with her works. Be it the daily soaps like “Kyunki Saas Bhi Kabhi Bahu Thi” or Bollywood hits like “Once upon a time in Mumbai”, Ekta Kapoor is a perfect example for all those young entrepreneurs who dares to dream beyond imagination. Regarded as “The queen of Soap Operas in India”, she has braved all the obstacles and controversies very tactfully.

The ex-president of Shri Mahila Griha Udyog Lijjat Papad, at a very young age of 12 Jyoti Nayak joined Lijjat to help her mother in 1973. Today she is the president of the organization, providing employment to over 30,000 women. She is a strong and true example of Women Empowerment. 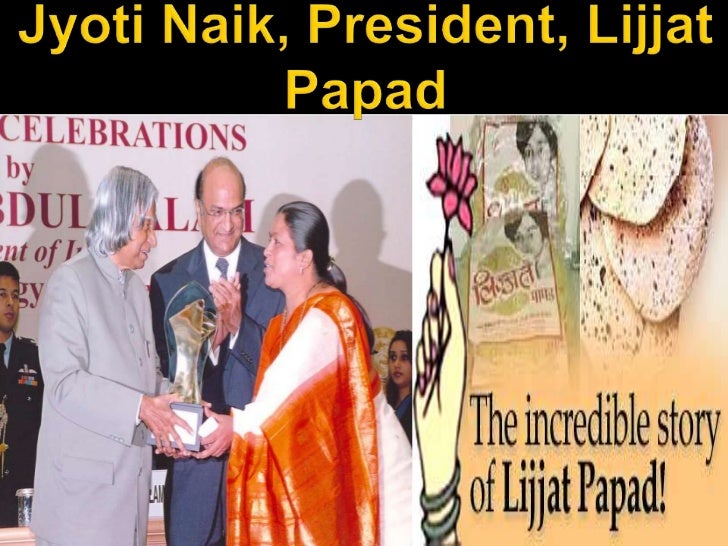 Nothing is impossible for us, if we can rock the cradle then ruling the world is just a piece of cake. We just need the right amount of support, respect and attention. Having said  this I would like to conclude by saying- Be the hero of your own life, not the victim. Learn to be your own support and keep moving forward.

1 thought on “From Rags to Riches: Stories Of 10 Women Entrepreneurs”

Eco Village- A Better Living and Why We Need It