“Here I have come to express my heart, And my friends let it not hurt, It should not be a dart, Also not a piece of dirt,
Till the end from the start, It should spread all the mirth To make a heavenly place for the mankind on Earth.”

Freedom – the power or right to act, speak or think as one wants, says the dictionary.

But, I certainly believe freedom is not that what our country acquired at midnight on 15th August 1947, though we refer it as our independence day.

Freedom certainly is the power that should drive one to become a responsible human being in the end. However, freedom is never given. It is won.

Responsibility is the force of freedom. To be free is not just to cast off one’s chains but to livein a way that respects and enhances the freedom of others.

Freedom to love anyone, of any gender, anywhere – is most talked about these days. There again, no one has the right to broadcast adultery by making love in the public parks or in front of children.

India, the sovereign, secular, democratic, republic has truly lived up to its sense. “Secularism” is the equal treatment of all religions. And with glory we can say that India has the largest Muslim population living here, happily. Here comes a greater social responsibility to respect all the people of the nation despite their caste, colour, creed and religion.

Also, we see the other side of the same coin, freedom to express has taken a huge leap among the lower castes, STs and SCs are seen to be demanding anything and everything thus being the reserved people.
Our government’s so called impartiality is no more seen and almost every other demands put forward by the minorities are being fulfilled. The minorities should thus, put a fullstop on their never-ending demands trying to inculcate in themselves a social-righteousness.

People, where are we heading? Freedom of expression has been taken to an infinite clause. Perhaps, the end to this is “individual consciousness”. Let’s be self-sufficient enough to defend ourselves rather than enjoy our victimisation.

Concluding by enclosing as one, 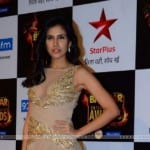 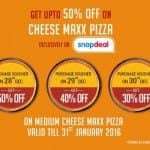