We have grown up listening to stories about pirates, their hidden treasures and the brave men and women who go out in search for them. Because of the advancement in technology, most of the world has been explored already. But there are a few of these treasures- royal jewels, pirate treasures, etc. which are waiting to be found.

Here’s a list of four of such hidden treasures:

$63 Million Hidden in Bedford Country, USA– In 1816, Thomas Beale and his colleagues discovered a large amount of wealth while mining somewhere in the Rocky Mountains. All of them wanted their kins to get the wealth if anything happened to them. Beale wanted the kins to work hard to attain the wealth, and hence, he created three ciphers- one with the name of the kins, one with the location of the treasure and another with the description of the wealth. The men kept the wealth with one Robert Morris, who was supposed to open it after ten years. By then, if Beale would not return for it, the key to the cipher would be mailed to Morris. But that never arrived. Hence, the treasure worth $63 million is still hidden somewhere. 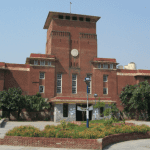