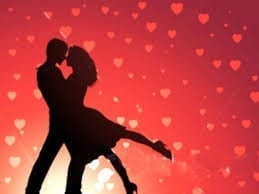 This year’s Valentines day is all groomed with blushes and love beats around the corner, with dip-in-heart moments and the melting away of your emotions with the butterfly wafting awaiting the surprise or the gift from the beloved partner whom you want to stay with , until the ripe beautiful old age, hopefully praying that  he or she is “the one” for you.

Yes, yes I know, though you love red roses and he, aroused by games,yet you both will do fine.

But for now, let us know about the reel celebrities who have found the love of their life on-screen and decided to let cupid play off-screen as well. And that makes you want to believe in fairy-tales and rainbow promises on the most special day for lovers “The Valentine day”.

So for the cheesy, adorable couples who decided to take another step further and decided to turn their love into a life-long commitment. of course, they couldn’t take their eyes off each other.

The Valentines Day and it’s Charms On Celebrities

Their love is one of a kind, for there was an evident portray of unflinching love that cuddled them in the warm feeling of love for eight years. 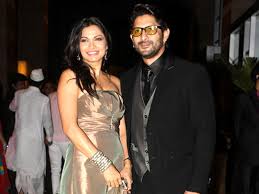 Cupid struck them with his arrow at a college dance function where Arshad was the handsome judge and Maria was a charming contestant, demure and enthusiastic. That was a fateful day when they were swept off their feet.

After eight long years of courtship they married on the valentine’s day i.e February 14th  of 1991.

They still remain to be the charming, adorable couple!

This on-screen couple of “Ghar Ek Mandir” had melted million hearts all over the nation, for their amazing on-screen chemistry with Ram Kapoor being a handsome hunk, social and humorous but Gautami carried with her, the conserved air, a bit reluctant yet more of a thinker. She was a health and diet freak and he was stalking gourmets all over the sets. 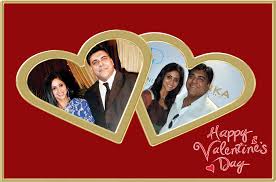 But cupid plays his charm ,he takes out the “Opposites-attract-arrow” and swish ,it passes through the crowd and strikes them.

They tied the knot on February 14th 2003 and are proud parents of two adorable kids and with the years ,their love seems stronger and beautiful.

Oh this director-TV actor camaraderie is always the most heard of and probably the most successful as well. 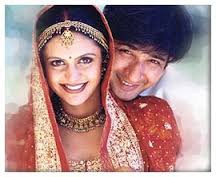 Mardira is a cute dimpled, exuberant girl with a witty attitude while Raj is more of a creator, and there is no doubt that the cupid intervened between them and decided to pull the strings along to make them a beautiful couple vowing into marriage on valentines day.

They entered into sacred matrimony on February 14th 1999.Sixteen years into marriage, they just love celebrating their anniversary on the lovers day!

Taking a tour southwards to sandalwood. Ravichandran, an actor known for his creative ventures that has brought him laurels and showed him the steep sides of life as well. All along it was his dear wife who stood by him unflinching with a barrel full of hope and heart filled with love for the only man who entered her dreams. 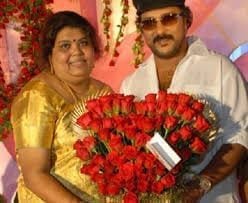 Being the daughter of a famous director, she tied knots with Ravichandran,handsome and popular actor of those times vowed to love each other with all its crusts and trusts on the  valentine’s day February 14th 1986.

They are proud parents to three kids and Sumathy is demure yet a beautiful woman, her man praises her for  daunting love all through the years.

These are the four fondly remembered adorable couples who are still together after vowing on the special day and wishing them many more years of this love for each other and they are to inspire many more generations to come by,Valentines is after all special:)

The Math Behind Successful Relationships- What Makes It Tick?

Don’t Be Afraid to Fail at Dating