“That day I did not help Ma with the dinner. I did not serve Papa the food. I could not even bid good night to Krishna Ji. I was barred from going to various places and scolded for every little thing I did. All of a sudden Ma started treating me differently. Dadi did not call me for the bedtime story. Everyone treated me like I’d committed a sin, made a grave mistake. It was the day I got my period for the first time. Ma explained it to me that I would bleed every month and that, this happened to every female. She said it was a sign that I was growing. I don’t know why but Ma told me not to enter the kitchen, not to go near the Puja ghar and not to talk about this in front of anyone especially  Papa and Dada. She even gave me a disposable dish to eat my meals on. My 14-year-old self was baffled with all this oddity. If this were a sign that I was growing, then shouldn’t everyone be happy? Shouldn’t I tell Papa that his little daughter was growing? My heart ached more than my abdomen. Why was my freedom suddenly curbed? Why were my whereabouts questioned on the days I was menstruating? Why did Ma succumb to such restrictions too? Why didn’t she protest?” 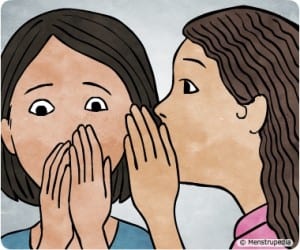 All females in India face similar situations. Periods, menstruation and sanitary napkins have always been a hush-hush affair in our country. Menstruating women are considered impure and are barred from various activities. The recent denial of women into entering the Sabarimala temple in Kerala has once again brought this topic into the limelight. Many temples in India bar women from visiting the Gods while they are menstruating but the Sabarimala temple restricts entry to all women in their reproductive age, i.e., between the age of 10-50.

The temple website states that Lord Ayyappa was a Nitya Brahmachari, a celibate god and hence women in their reproductive age are not allowed to enter the temple. They are considered impure. Prayer Gopalakrishnan, the temple chief said that women will be permitted into the temple only after the machine is invented to detect menstruating women. A statement like this has stirred the women of our nation. ‘Happy To Bleed’, a campaign supporting feminism and protesting such taboos has been launched on Facebook. Women all over the country are fighting for their right to be treated with respect.

The temple of Kamakhya Devi, in the West of Guwahati, Assam worships the menstruating goddess but doesn’t permit women on their periods to enter the temple. What an irony!

Bleeding women are permitted into the church and Gurudwara, and then why not the temple? It is ironical how females are considered as Devis on the day of Ashtami and suddenly become impure when they are menstruating.  Durga, Laxmi, Saraswati and Parvati are worshipped, but females are barred entry into those temples. What kind of justice is this? What kind of way to please the Gods?  We are living in a society that openly telecasts sanitary napkin advertisements but sells them wrapped in newspapers or black coloured opaque poly bags. A society which talks about the right ‘ma ki haath ka achaar’ but doesn’t allow them to touch pickles when they are ‘down’.  A society that doesn’t celebrate fertility rather restricts it.

Male dominating culture has changed the way people think about women menstruation. It is looked down upon as something heinous, something bad, despite the fact that it is because of women bleeding that all of us are born. We question menstrual bleeding today, did we question it when we were in wombs?

It is the time we show our worth and fight to prevent such taboos and create a society where the word ‘menstruation’ is not whispered but talked about aloud. After all, we women, are the Angry Indian Goddesses..! 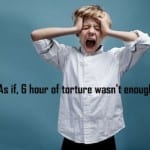