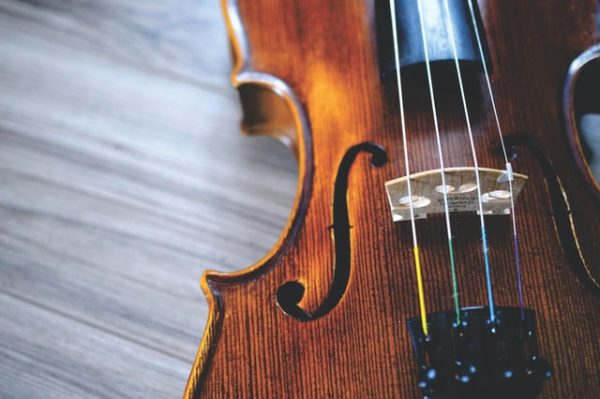 Fiddle vs. Violin – Are there any differences in both the instruments at all?

When categorizing stringed musical instruments played with a bow, the violin and fiddle are often clubbed as a single instrument. A ‘fiddle,’ more often than not, is replaced as a synonym, slang, or an endearing term for violin.

However, there are several differences when comparing a fiddle vs. violin, despite both the instruments sharing the same physical makeup.

The Merriam-Webster Dictionary defines violin as ‘a bowed stringed instrument having four strings tuned at intervals of a fifth and a usual range from G below middle C upward for more than 4¹/₂ octaves and having a shallow body, shoulders at right angles to the neck, a fingerboard without frets, and a curved bridge.’

In the Oxford Companion to Music, Fiddle is defined as ‘a generic term for any bowed instrument, including the violin. It is used especially for the medieval European bowed instruments with oval or waisted bodies.

These were mostly flat-backed, the neck, back, and sides being carved from a single piece of wood, and commonly (though with frequent exceptions) had five strings, one of them often a bowed or plucked drone.’

Both the words Fiddle and Violin seem to have the same base vi- and are said to be of onomatopoeic origin (words named based on the sound associated with the instrument). However, studies in etymology state that it is highly unlikely that the words viola and fiþlō are related or share a similar origin.

The history of bowed stringed instruments ranges back to the 9th and 10th centuries. The violin is said to be invented and developed in the 15th century. The violins are said to be first made in Northern Italy, near Milan.

With time, several changes were made to the physical structure of a violin – including the bass bar, chinrest, fingerboard, and soundboard. The violin grew popular as an important classical instrument in Western classical music.

Violins could be traced back to the 15th and 16th centuries in famous paintings of people playing the violin amidst people enjoying the tunes.

Fiddle music emerged around the 17th century in North America and Europe to bring out and enjoy folk tunes. These tunes spread across the continent, adding improvisations and elements of culture, making fiddle music unique and a widely popular form of entertainment.

Purpose of Fiddle vs. Violin

The main purpose of the Violin is to express classical compositions gracefully. Widely used in orchestral settings, violins show the beauty and grace of well-known musical pieces and compositions. It includes playing notes clearly and precisely, in accordance with sheet music.

Have a look at a String Quartet – a group of 3 violin players and a cello player performing gracefully.

Fiddle, on the other hand, is purely played according to the fiddler’s interpretation of rhythms. They may or may not stick to original tunes and often add their own improvisations. Sometimes, the tunes go completely off the original compositions. The fiddle is widely played for entertainment purposes and often showcases cultural, traditional, and ethnic roots of the music of that area.

The Technique of Playing Fiddle vs. Violin

One of the most important things when comparing fiddle vs. violin is the difference in the way the instrument is played. Fiddle and violin are the same instruments if one does not consider the technique used by violinists and fiddlers.

Classical violinists usually follow a written composition, while fiddlers improvise certain parts and get creative with their own rhythms. They compose new tunes on the spot and do not give much thought to the original composition, which is unacceptable when playing classical musical pieces.

Whole a violin player would never remove the violin from their jaw or chin; a fiddle player would prefer holding the violin near his arm rather than this chin, as it would affect or restrict his movement and free space.

Please take a look at how casually a fiddle player holds his violin near his arm, as it makes it easier for him to shift from one note to the other, play multiple notes at once, and groove along to its rhythm.

Classical music and orchestral performances require violinists to hold the violin to their jaw/ chin. It is unacceptable to hold a violin in any other position and would be considered a wrong way to do so. However, fiddle players tend to hold the violin near their arm or away from their chest to free their chin.

This act is done to facilitate dance moves and shouts or calls simultaneously while playing the fiddle. Holding the violin to the chin restricts movement and the ‘entertainment’ part of fiddle-playing. This is another subtle difference when talking about the techniques of fiddle vs. violin.

Bridge of Fiddle vs. Violin

The bridge of a violin is more arched or rounded as it makes notes clearer and easier to play. The rounded bridge also facilitates the shape of the fingerboard. A fiddle may be less rounded or arched or flat so that it allows for double and triple stop bowing along with shuffling, i.e., playing many notes at the same time.

Have a proper look at the structure of a violin –

There is a difference of a quarter or half a millimeter in the height of the strings, in a round and a flat bridge.

String Preference of Fiddle vs. Violin

Both violin and fiddle have 4 strings, as the physical structure of the instruments is more or less the same.

Like the violin, the fiddle also went through several changes over the years. Very recently, a 5-string fiddle was introduced with a lower 5th C-string. Left and below the G-string. However, a 5-string violin is yet to be developed.

Style of Music – Fiddle vs. Violin

There is grace and a classical essence when giving a violin performance compared to the casual and fun tunes of a fiddle. Violin performances are often accompanied by orchestral or jazz instruments like cello, violas, piano, double bass, piccolo, oboe, drums, etc.

The fiddle is used for folk, bluegrass, country, Celtic, jazz, or traditional performances. Fiddle music covers cultural elements and differs from one place to the other. Every fiddle player adds their own touch to the music while playing.

A fiddle is often accompanied by drums, congo, keyboard, cajun, banjo, and other instruments that add to popular or modern music forms. It is played as a form of expression and joy, as viewers tend to get up from their seats and dance along to its tunes. Fiddle players are seen widely on streets playing by ear and entertaining the public.

Goals of the Instrument – Fiddle vs. Violin

Violin-playing requires years of learning and practice. Classical violinists are expected to be dedicated to practice and performances, which includes an immense amount of concentration compared to playing a fiddle. This makes the violin a comparatively harder instrument to play than a fiddle.

Mostly seen as a professional instrument, when playing with orchestral groups or jazz bands, violinists depend on music reading and perfect coordination with other musicians in the band. The end goal of playing the violin is to present its beauty and carry on the legacy of stringed instruments.

Fiddle, on the other hand, focuses on the enjoyment part of the performance than gracefulness. The goal is to keep viewers engaged. Often seen playing on the streets or while busking, viewers move their bodies to funky tunes of the fiddle and cheer the performers. Cheering during the performance is a big no-no when playing the violin in an orchestral setting.

Despite sharing the same physical components of the instrument like the body and neck, the difference between fiddle vs. violin is seen in the instrument’s playing techniques, purpose, and goals.

Violin is widely played as a classical instrument. Some of the best violin pieces include Beethoven – Violin Sonata No. 9 (‘Kreutzer’), Bach – Partita No. 2, Chaconne, Glass – Violin Concerto No. 1, Sarasate – Zigeunerweisen, Vivaldi – The Four Seasons, Concerto No. 5 In A Major (Wolfgang Amadeus Mozart), and Concerto No. 1 In A Minor (Dmitri Shostakovich) among many others. These pieces are mostly played in orchestras accompanied by other instruments.

Fiddle music grew extremely popular in the West, especially European countries, with albums like Portland Collection by George Penk, Clyde Curley, Sue Songer, and Flying on Home by Rodney Miller. Make sure you check out 10 Greatest Fiddle Players of all time! You can come across Scottish and Irish fiddle players if you plan on visiting cities in Europe.

A fiddle is one of the best parts of country music. Well-known fiddle songs among folk music lovers include Where The Green Grass Grows by Tim McGraw; The Devil Went Down to Georgia by Charlie Daniels Band, Cluck Old Hen by Alison Krauss and Union Station, Billy in the Lowland, Cotton Eyed Joe, and many more groovy fiddle tunes.

The fiddle and violin are both very similar instruments, but at the same time extremely unique – the way they are played, handled and the cultural value they hold.

For classical musicians, the violin is seen as a precious instrument meant for duly performing beautiful compositions of composers like Beethoven, Mozart, Tchaikovsky, and many others, in the best way possible.

A good violin performance involves respect for the original composition. Violinists often take inspiration and interpret musical pieces in their own way and try to express, present, or reproduce the same piece according to their interpretation.

However, for fiddlers, playing the fiddle comes with joy and a newer form of expression – they get as creative as possible with the music they play and are known to play by ear. The end goal is to keep the audience on their feet and grooving as they produce their own folk or country compositions and enjoy the fun of playing the fiddle.

If you are into folk, bluegrass, or country music, you definitely would not want to miss out on fiddle music. While a fiddle’s sound is completely similar to a violin, what makes a fiddle special is its funky folk vibes and groovy tunes.

You can come across many fiddle players on the streets of Scotland and Ireland and several other North American and European cities.

Make sure you do not miss out on these subtle differences when comparing a fiddle vs. violin. Both the instruments come with their own beauty and should not be missed out on. 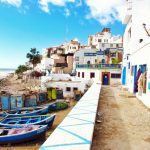