Do you know some of the weird people in history who made it big? Some people rose to fame because of their strange habits and obsessions whereas some whims of famous people were revealed later. Here are a few interesting facts about such people.

He was the third president of Uganda(1971-1979) but believed himself to be Scottish. It is said that he fathered 43 children and is rumored to have dabbled in cannibalism. He sure was one of the weird people in history.

He is an American singer, actor, painter and is also a member of the band named after his own. He admitted to having removed his floating ribs so that he could bend down to reach his genitals.

This weird genius who gave us the mass-energy equivalence on which many practical experiments are based failed his university entrance exam. Despite having a bad memory, most of his experiments took place visually inside his head rather than in the laboratory. He does belong to the famous weird people in history.

Freud is a big name in the field of psychoanalysis but most of his theories are psychosexual. Everything for Freud was about sex. Interestingly, he was also a cocaine addict and thought it to be a miracle drug.

Dickens had an obsession with his hair. He could not stand a single strand of hair out of order and combed it several times a day. He also always slept with his bed aligned in the north-south direction.

This lady comes across as different from many people which is justified because of some of the strange habits that are known about her. She is known to go to bed in different attires and is said to meditate on an artificially made eggshell.

This great mathematician founded a new religion called Pythagoreanism. These people believed that everything could be reduced to numbers. They also believed that it was sinful to eat beans and that men were represented by odd numbers and the women by even. It is also held that Pythagoras had psychic abilities.

The German poet and philosopher had a quirk. He could not work unless there were a dozen of rotten apples kept in the desk. He believed that made his brain work better. 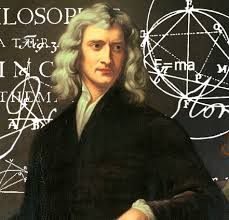 Newton was obsessed with the bible even though he did not believe in the Holy Trinity or Satan. He maintained that his true passion was alchemy and had conducted several experiments on the same.

She’s famous for her crime novels and usually came up with the plots to those while she was in a bathtub. The most incredulous fact is that she did not write those books at her desk, she never had a writing table.

He is known to be one of the greatest composers of all times however, he drank around 50 cups of tea per day to compose his work. He also did not know how to multiply and divide. He was one of the weird people in history who made it big.

This is one obsessive director! He uses flat space camera moves and symmetrical compositions for all his shots.

He is an actor, producer, and writer. He sends bizarre messages to Bollywood divas via social networking sites. He claims that he gets his milk from Holland, water from France, and tea from London. His age varies with each interview and the phrase “2 rupees people” which in Hindi is a derogatory phrase implying one’s position in the society is how he categorizes people on Facebook. This man is famous for all the weird reasons.