Facebook: changed her relationship status from single to committed. 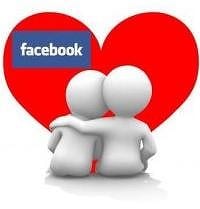 Facebook is a popular social media used by millions and millions of people all around the world. It is a media where you find your new friends, old friends, and also lost friends. We all share pictures, moments of our life, personally experiences and also the present status of what we are doing in our life. Life is pretty much unpredictable as I being an author heard about a beautiful love story that happened because of this social media called “Facebook” and I’m here to share that story of love with you people. It shows how Facebook can change someone’s life and also their relationship status from single to committed.

She was in class 10 when she signed on a Facebook account. She met her friends, classmates, and also a few old friends from her old school. Life was going well having more friends, likes, sharing posts, sharing her pics of recent day outs, and also by wasting time on meaningless chats. Days passed, years passed, she grew old and her friends list also started increasing gradually and she finally completed her +12 with good marks by somehow studying at the last moment. Later she started getting a few random love proposals on Facebook as she was a bit lovely. She used to ignore all of them as her brother had strictly warned her about ignoring all of them as there was more probability of getting cheated by few fake profile owners. So, even she was cautious about it. After she joined engineering degree, she got a friend request from an unknown person. She was a type of a girl who accepted only those requests of the person whom she knew personally. And she was surprised to see that person’s request that didn’t even had one single friend in mutual. She was a bit scared to accept his request thinking that it might be a fake one as her brother said, and so she deleted that request. After that, she got busy with her very first internals and turned inactive for a few days because of her studies.

After her internals, she logged in and was surprised to see his friend request on her list again. That day provoked her to accept his request without any further ado.  Yes! As I mentioned life is unpredictable, that day changed her life. She saw all his posts, pictures, and also comments on his posts. However she was a girl, and I guess every girl do those if she is curious about that person in particular. He was a charming guy, with broad shoulders, tall built, and a gentleman who was six years elder than her and was working. But he looked stunning in his pictures like just a three years elder than her. She was in her teens and happy to know that he was her first crush. When she saw his profile she suddenly got a pop-up, it was him. He instantly messaged her saying, “Thank you.” She started her conversation pretending that she didn’t know anything about him. But he was a bit truthful person; he informed her that he saw all her recent posts and also her pictures. He introduced himself in a diligent way, and it was quite impressive. Even though she knew that people might have fake profiles, she pretended to be normal without doubting on that unknown friend and she started treating him as one of her friends by choice and trusted him.

She was happy with his conversations; she came to know many things about him. Their conversations grew day by day. Many things in him started impressing her. It may be the way he used to text her, or it might also be his caring nature and also his respect towards every woman that impressed her to the core.

Days passed, they became a bit close. She was comfortable in chatting with him, and so was he. Like other guys he didn’t try to impress her with inspiring words, he did not even admired her, so she did.But still he had hell lot of feelings towards her which was clearly visible by the way he cared her. Later they exchanged contact numbers, and their pleasant text conversations turned into phone call conversations that made them even closer. Their day was starting with a good morning call and was ending up with good night call. Time was not a barrier, and they had no idea about it too. If he was busy with his work she used to wait late night for his call, just to hear a” good night” from him. It was not a sad thing to wait; it increased her feelings and care towards him. 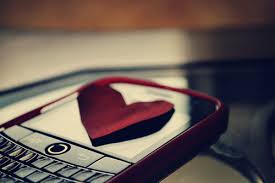 They spoke, they spoke so much, she came to know even more about him his likes, dislikes, his past, and his present and also about his family and even he got to know about her. As I said he was working, they had only time in the evening to speak with each other, and this also leads to last night talks of two crazy persons. No matter how much ever busy he was he never failed to text her that he reached his office and that beautiful message saying that “I miss u.” Their conversation from dear changed to darling. They started loving each other without their knowledge. She liked music, and he was a singer, a talented singer who was playing guitar and who used to sing for her. She liked cheese sandwich, and he was a bit impressive in preparing cheese sandwich for which she is still waiting to taste. Their likes were a bit similar but not all. So they had stupid fights for silly reasons too. But at the end of the day, everything was getting solved all by his sorry. He was the one who compromised each and every time. Years passed like this and after a year of chatting and a hell lot of talks, and fights, their “miss you” words gradually changed to “love you”.Yes! She was in love. She had fallen in his pure love and care. As he was a truthful person, he directly said that he loves her and so she too said yes. But the sad part was that they had not even met a single time even after being in the same city.  They both have seen each other in pictures and are still waiting to meet each other. But I must say that love is blind. It changed her life. That charming, handsome person changed her life.

Two years finished, they have not yet met each other, but still they fight, they love, they care, they pamper, they support for each other’s problems. And of course, both of their relationship status has been changed from single to committed not publicly but personally, he love her, and she love him too.

Yashasvini is an engineering student. She is a pet lover and interested to do new things. She is a beginner who loves penning about all sorts of topics because she likes to learn about everything that she is capable of. 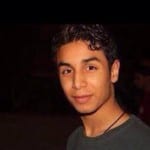