Do you know what are the events that changed the path of World History? And the world was never the same again. Over centuries, poets and philosophers have intensively reflected over human life and the cosmos that surrounds us. Some view it as a Stage which we are destined to roll back from someday while to a few others, it is nothing more than abated respite in an utterly meaningless cycle of birth and rebirth.

Having been exposed to these philosophies and ideologies for a good deal of two years in my undergrad, I dared to come up with a supposition myself. When you actually begin to think of it, for most parts the world is very much like a benign hearth which isn’t yet entirely devoid of its fire. It is vested with unfathomable potential yet somehow, it chooses dormancy and passiveness. At the same time, it is unpredictable. You can never guess which spark may ignite a fire that can effortlessly set everything ablaze in a matter of seconds.

7 Events that changed the path of World History

It is very difficult to briefly encapsulate these sparks or watershed events that kindled a fire in this world, in such a way that it could never retreat back to its former self. Yet I have attempted a broad chronological categorization, of such events that glaringly stand out from the rest in altering the entire face of humankind.

Renaissance or ‘rebirth’ is the name given to the cultural, social, and ideological movement stretching over a span of three centuries which started in Europe and gradually took the entire world under its fold. Renaissance essentially meant a return to the classics (i.e. the Greek and Roman literature) after a long period of cultural decline and stagnation.

Men began to study classics with fresh eye and humanities became synonymous with the broadening of an individual’s horizons. With various discoveries in Science and Astronomy, the emergence of imperialism, and the Reformation of the Church by Martin Luther, people began to question the truths they had blindly trusted so far. The theocentric world was now turning anthropocentric.

The man became the center of the universe now and the Renaissance thinkers believed that men owed a responsibility to the society in which they live, contrary to the medieval beliefs which held that the most important responsibility of the people was to pray to God and to aim at saving their souls.

Renaissance is an important landmark event in the history of the world as it marks the end of the dark Middle Ages and revives the classical antiquity. The period is also characterized by widespread religious wars and major reforms of the State. The period marks the crescendo of English literary accomplishments with feathers like William Shakespeare and John Milton embellishing its cap. In the Renaissance, the European arts of painting, sculpture, and architecture reached an eminence not exceeded in any other age!

Another major event in world history was this. During the late eighteenth century and early nineteenth century, several changes took place in England and a few other countries of the world in the field of industry. By the end of the nineteenth century, the western world had taken great strides in industrialization. The invention of various heavy machines to do the work which was hitherto done manually and a glorious advancement in technology was responsible for the Industrial Revolution.

Consequentially, England gained wealth and prosperity changing to a ‘land of factories’ from a ‘land of farmers’. The Industrial Revolution altered every facet of everyday life. With rapid development in the textile industry and coal industry, the transport was also forced to undergo a transformation and in turn, it led to a drastic change in the society as a whole. It also caused great changes in the economic and social lives of the people and altered the relationship between workers and employers.

It was responsible for the fading away of traditional life and a change in the attitudes of the common man. What Mathew Arnold said in a different context could be used here to capture the essence of the Industrial Revolution: it   “materializes the upper class, vulgarizes the middle class and brutalizes the lower class”.

America was the first nation to oppose the British monarchy with thirteen of her colonies striving for complete independence. When George III came to the throne of England in 1760, he passed laws to tax and restrict the freedom of the colonies under England. The Townshend Acts of 1776 taxed all the essential commodities like lead, glass, tea paint, and paper which was imported by the colonies.

This led to the famous Boston Tea Party of 1773 in which a group of colonists dressed as Indians boarded the British ships carrying a cargo of tea and threw the entire contents into the sea. This was like the final nail in the coffin of the British monarchy in America and the Declaration of Independence was drawn up on July 4, 1776.

The colonies won the war against England and this revolution made possible the establishment of a new nation, the United States Of America. The independence of the USA had far-reaching effects. Reformers in other parts of Europe were quick to recognize in it the victory of liberty over tyranny. Britain lost one of her most important colonies and King George III became very unpopular due to the American War Of Independence.

This loss also brought about a change in the influence events in the Parliament. This revolutionary war also inspired the French soldiers who had aided the colonies. For the first time, the Americans had proved to the world that it was justified to take arms against an unfair government which in turn inspired the peasants of France so much that it led to the famous French Revolution six years later.

A watershed event in the history of humankind, the French Revolution is held responsible for a profound alteration in the course of modern history. It is with the French Revolution that the first clear expression of nationalism came to Europe and it triggered the global decline of absolute monarchies replacing them with republics.

The political upheaval began in 1789 when the French King Louis XIV had brought divine right absolutism to its peak. The common people were frenzied and raised the motto of ‘Equality, Liberty and Fraternity’ which later became the watchword of this movement. With the Declaration of the Rights of Man, all feudal rights were abolished and local government was reorganized.

King Louis XVI and Mary Antoinette were beheaded on the guillotine on charges of treason and the First Republic was proclaimed on 21st September 1792. Thus this revolution established the political supremacy of the middle class and transferred the bulk of the landed property to the peasantry in the countryside. This movement played a critical role in shaping the destinies of many nations by showing the world the power inherent in the will of an individual.

The murder of Archduke Ferdinand, the heir to the Austrian throne, and his wife Sophie in the capital city of Bosnia, Sarajevo was the immediate cause that triggered the horrific First World War. Bosnia was then an annexed territory of Serbia.

The Austrians held the government of Serbia responsible for the royal assassination and immediately attacked Serbia. In its nascent stage, Austria was in the favor of only a local war but it spread like a wildfire in Europe and beyond, setting ablaze everything that came its way. Other countries decided to jump into this fray and consequentially the world was dichotomized into two factions of the Central Powers and the Allied Powers. The world descended deeper and deeper into an abyss of bloodshed and mass murder as the days progressed.

Men were butchered like animals, houses were raided and cities were burned to the ground. The First World War is accounted for an unprecedented casualty rate of more than 9 million combatants and 7 million civilians. This terminal conflict was unlike anything the world had witnessed before and it paved the way for many revolutions across various nations.

The world had still not recovered from the aftermath of the First World War when it had to face the horrors of a second world war. It was like a transition from hell to an inferno. The wounds of the First World War were fresh anew. World War II, however, had its germs in the peace settlement of Treaty Of Versailles, whose terms were both harsh and humiliating for Germany and it was in many ways a continuation after a hiatus of twenty years, of the disputes left unsettled by World War I.

Adolf Hitler of Germany joined hands with Mussolini of Italy to tear away the unjust Treaty Of Versailles and both of these dictators had a monumental role in the world that has plunged into a second world war. Sparked by Hitler’s invasion of Poland, this war dragged on for six deadly years until the final Allied defeat of the Nazis by Hitler’s suicide and Japan by the bombing of Hiroshima and Nagasaki. The massacre that followed was one the world will never be able to get over.

It is estimated that more than 1,00,000 people were killed leaving thousands more slowly dying of radiation poisoning. World War II was a deadly conflict that virtually involved almost every part of the world and is accounted for 40,000,000 to 50,000,000 deaths which makes it the deadliest and the largest war in the history of the world. The world war ended with the US and USSR emerging as the world leaders with immediate effect. Thus, changing world history.

Germany was divided into four zones each of which was handed overtone of the victor nations. Italy was also deprived of all her previous colonies. The United Nations Organization set up on 24th October 1945 as a result of the Second World War continues to function up till now. The emergence of Russia(USSR) gave rise to the desire for freedom in colonies under European control in Asia, owing to which the British and French colonies lost their prior glory and leadership as most of the countries began to embrace communism and communist regimes.

September 11, 2001, holds the grisly tale of the day the superpower America was taken down by 19 militants associated with the Islamic extremist group al-Qaeda hijacked four airliners and carried out suicide attacks against targets in the United States as thousands watched the horrific events unfolding.

This attack resulted in the mass casualty of over 3000 civilians and 400 policemen and firefighters. The attack resulted in a huge gaping hole in the 80th floor of the 110 storeyed World Trade Centre in New York instantly killing hundreds of people and trapping many more in the thirty higher floors.

It triggered the Global War on terrorism which includes under its umbrella the major initiatives taken by the U.S. government to combat terrorism. No terrorist attack of the 21st century has been as ruthless and deadly as the 9/11 bombing and this event has a major hand in the unfortunate generalizing of Muslims as terrorists in America. 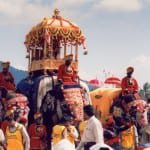