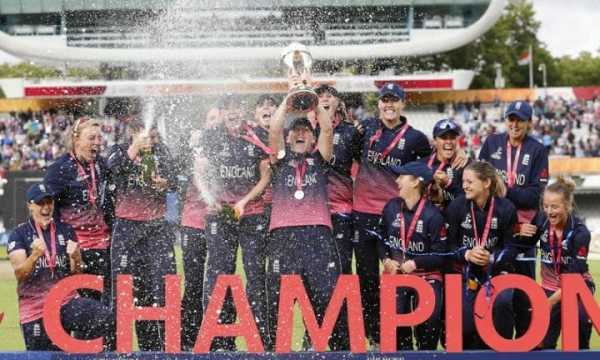 For Mithali Raj and her team, their journey of the World Cup had begun with defeating England and ended with a heartbreaking defeat against the same opponent. In between, they made the country which seemingly never gets enough of the men’s cricket team, to stir up and take interest and has indeed made the entire country proud, irrespective of the defeat.

England won their historic fourth Women’s World Cup title by 9 runs at the Lord’s Stadium on Sunday. India had been chasing 229 run target which was of course not easy, especially taking into consideration, England’s terrific bowling attack. However, the women had pledged to give their best and were indeed doing so till the match took a disheartening turn. Before they lost seven wickets for 28 runs, the Indian team were on track with 191 for 3. Shrubsole, who was later declared the Player of the Match, proved fatal for the Indian team as she took six wickets to bowl out India for 219. While this is England’s fourth victory, for India, it was the second time that it was defeated. 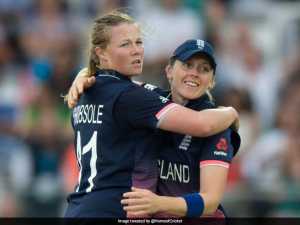 As Anya Shrubsole was bowling her medium pacers, Punam Raut and Veda Krishnamurthy were batting confidently till Raut was struck on her pads by an in cutter from Shrubsole, and the umpire declared it as leg before wicket and thus was turned down. She made a good 86 runs for India. Harmanpreet Kaur shared a 95 run partnership with Punam. India still had six wickets in hand, requiring 38 more runs from 7 overs which looked easy for the team. However pressure seemed to take its toll on the Indian team and they were all out for 219 in 48.4 overs, thereby bringing a sad end to the prestigious match.

Jhulan Goswami’s contribution was remarkable too as she helped restricting England for 228 for 7. The 83 run partnership of Natalie Sciver and Sarah Taylor was broken by Goswami, the highest wicket taker in women’s ODIs, at a crucial point of the match. She took two wickets in the 33rd over and induced an edge down the leg side off Taylor’s bat which was caught by Sushma Verma. Jhulan’s expertise made Fran Wilson depart too soon, for a duck. Sciver was their top scorer with 51 off 68 balls, hitting five boundaries. 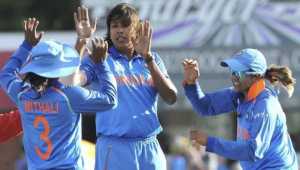 Mithali Raj admitted that the team had panicked under the immense pressure which made them lose the match eventually. She stated, “ I’m proud of the team. It wasn’t easy for England, but credit to them for keeping their nerves. There was a time when the match was in balance and it could have gone either way. But we panicked and that led to our defeat.” For her, it was probably the last World Cup that she played and she stated, “ I will definitely play for  a couple of years more, but I don’t see myself playing the next World Cup.” 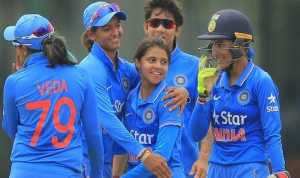 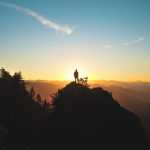 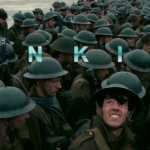