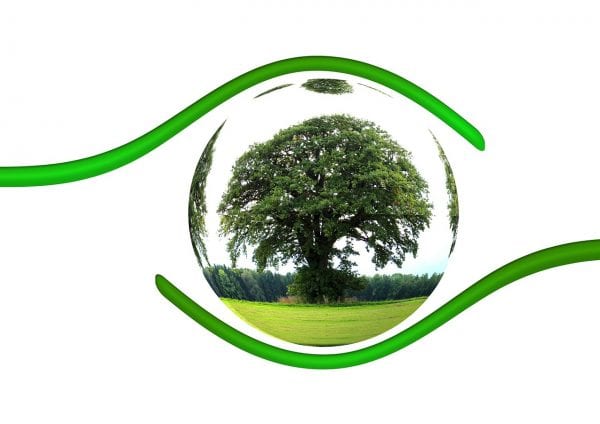 In order to take measures to prevent or minimize environmental pollution, we need to know the main sources which are responsible for it. The gases to which we are exposed on a daily basis are oxides of sulfur and nitrogen produced through the combustion of petrol and diesel, they get mixed up with the moisture present in the atmosphere. They are present in the air mainly in the form of dust particles and smoke and they enter into our body as we breathe in, they further enter into the lungs.

Gradually, they get adsorbed by the lungs and it leads to difficulty in breathing, irritation of the eyes, inflammation of the skin and also causes cardiovascular diseases and respiratory diseases like Bronchitis, Asthma and Lung cancer; in case of exposure to coal and sulfur particles, especially in and around industrial areas.

Due to the burning of paper, coal and metallurgical operations taking place in the chemical industries, gases like carbon dioxide and oxides of sulfur and nitrogen from

mist and smog and play a major role in producing Acid Rains which pollute all the water bodies, forests and lands directly and also affect human beings, animals and birds by contaminating all the necessary resources thus, making it difficult and harmful for all lifeforms. 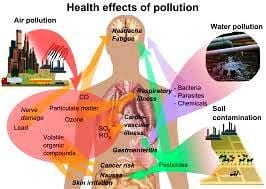 How to Reduce Environmental Pollution?

They can be utilized for minimizing the usage of Electricity. The usage of LPG (Liquified Petroleum Gas), Petrol, Coal and Diesel can be reduced by replacing it with Bio gas and Producer gas; among others. If you want to learn more on zero waste or what is zero waste, check for online resources.

We can practically contribute to the reduction of air pollution to a major extent by the usage of Bicycle and Public Transport instead of Cars and Motorbikes. The Chlorofluorocarbons responsible for the depletion of the ozone layer are mostly present in the deodorant cans we use regularly.

These can be replaced by perfumes that work with an atomizer. By keeping our surroundings clean and by the promoting greenery i.e, by planting trees in and around our houses and in our locality, we can play a simple but effective role in reducing the environmental pollution. Fluorescent bulbs could be utilized instead of the regular neon lamps or sodium vapor lamps. 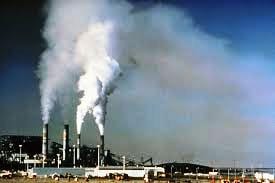 3.  Newspapers and Aluminum  can be recycled and reused

This can help to reduce pollution of the land. The wet  Garbage can be dumped into a soil pit and could be transformed into Compost and manure and we could further grow vegetables, fruits and flowers at the comfort of our own home using Terrace Farming techniques and in our garden. 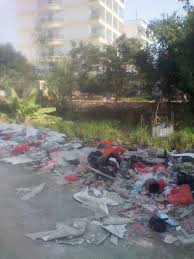 The body keeps a check on the by-products and residual gases and residual wastes that are dumped into the oceans, lakes and rivers. The EPA takes the responsibility to take necessary measures to reduce contamination of   environment done by the Chemical Industries and Power plants.

Gases like Carbon monoxide, Nitrogen dioxide, Lead (which causes damage to the nervous system) are vent out in the air after their effect being minimized. Metals like mercury, Beryllium, Asbestos, Benzene and Uranium; along with carbon dioxide play a major role in the rise of global temperature.so, their usage on a major scale is being prohibited.

The gases which lead to global warming are carbon dioxide and Methane;  which further cause untimely rains and prolonged summers and other environmental changes. So, we can practically contribute from our behalf in reducing global warming by the prohibition of burning of plastic and wood, and instead recycle and reuse them. A practical way to replace polythene and plastic is by adopting the usage of paper bags for our daily chores.

It is unknown to many of us which is the main cause for respiratory problems which  can reduced by the addition of decorative and floral plants in our balconies and Living rooms and keeping the windows and doors of our houses closed during the daytime. This would reduce the exposure to the outer atmosphere and also lead to the production of more oxygen right in our living rooms and balconies.

We must prevent water getting stagnant; in and around our house and locality as it is the prime reason for the growth of thousands of mosquitoes and other insects to breed, and the usage of pesticides leading to the contamination of soil and further leading to unhygienic and hazardous land and as a result; infectious and contagious diseases. 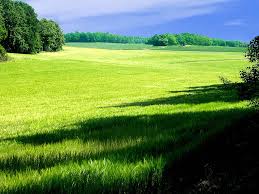 Mother Earth belongs to all of us and the contribution we must make to protect it for the coming generations should start right from us. so, let us be responsible towards the protection of our environment. Let us gift an environment which is far purer and cleaner compared to ours rather than unclean and vicious to live in; to our children by following these practical ways and taking some preventive measures to minimize environmental pollution.