Here are some Earthworm Facts!

Earthworms contain surfactants in the Drilifensin. They help break up other compounds even in the most poisonous leaves. The scientists often suspected that earthworms had such a compound to break down their food but they confirmed it by feeding earthworms oak leaves. The compound has high levels of tannic acid. While this compound was found before, its purpose was not known.

It seems that all 14 species of earthworms contain the compound and there is about a kilogram of the compound present in all these creatures that exist.

The studies were conducted at the Center of Ecology and Hydrology in Wallingford, Oxfordshire. The studies have established that the earthworms can be referred to as nature’s ploughs and these compounds are recycled over and over again to maximize their effects. These compounds help earthworms play their role of ‘ecosystem engineers’. 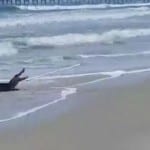