Unlike the previous generations of smartphones that focused almost exclusively on the availability of the largest number of features in a single device, the latest trend is to aim for affordable durability. The smartphone market in India is growing by leaps and bounds, driven mostly by young, middle class consumers who want quality within a tight budget. This makes features such as gorilla glass and waterproof technology almost a must for success in the cost-conscious Indian market.

The rough and tumble environment in which most students and young workers commute and work make durability and toughness an overriding requirement for all gadgets of regular use. The other necessities, following close behind, are those of a good camera and sound system.

Unfortunately there are few companies that are able to provide both in a single device at reasonable cost, opening up a big market-share for the cheaper Chinese companies. Brands such as Redmi and Gionee have gained popularity on the promise of a high-value experience at low prices. Hence while Xperia might offer world class sound-systems at 50000 rupees a piece, developing world brands offer the same at half the price, shifting the balance of technological power to Eastern economies.

Motorola seems to have caught on to the trend early, providing durably classy gadgets in its Moto line through exclusive online retailers, which increases its market share while also maintaining an air of brand exclusivity, which Samsung and Microsoft now seem to have lost. It also offers something for all categories of consumers, with the Moto E brand offering durable yet stylish devices for peanuts, while Moto X offers world class technology at much higher rates.

Having a sensitive and responsive touch screen has also become important for almost all modern games, which rely on the user’s fast reflexes for determining success or failure. The wider the screen, the more the demand for the phone shall rise, as a smartphone with a large screen has turned out to be the latest style-statement in the cell-phone world. Brands such as Micromax and Karbonn now offer screens as big as 5 to 7 inches at rates ranging from Rs. 5,000 to Rs. 10,000.

Beauty with substance is the mantra in the world of technology today. The consumer demands devices that are aesthetically pleasing and decorative, while simultaneously carrying state of the art technology within the pretty exterior.

Many brands have come and gone, trying to entice the consumers with stylish covers and novel features, yet the ones that stick around are the best of the lot – the kind that is really worth spending your hard-earned money on. After all, the market is itself the best judge of quality. Some even taste momentary success on the high of a novel feature or unbelievably low prices, but the market eventually – and unfailingly – filters out the inefficient lot, making way for the best to dominate the sphere.

Many big names have also tried to pitch into the budget smartphone rush that has overtaken the Indian market. A few, such as Samsung and Motorola, have succeeded; while most have not. Nokia, for example, a maker of excellent feature phones, could never really make the transition into smartphones of a similar quality, resulting in its eventual sale to Microsoft. Who knows, perhaps Bill Gates’ brainchild will finally drag the company back to its feet in the race to once again find its former glory! 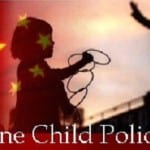