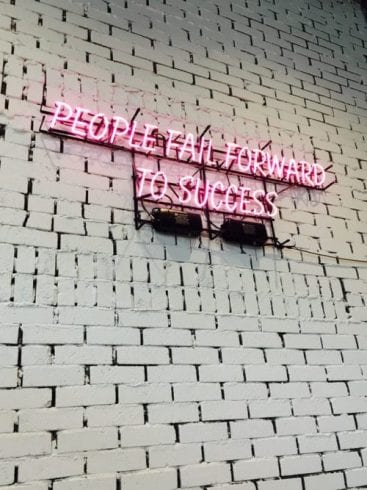 People love success, but do they love failure? People are scared of failures, but don’t be afraid. In life, you will see a lot of people succeeding and being praised for what they have done, but most of them have an untold story of what it took or them to reach the level that they have. That is why don’t be afraid to fail. 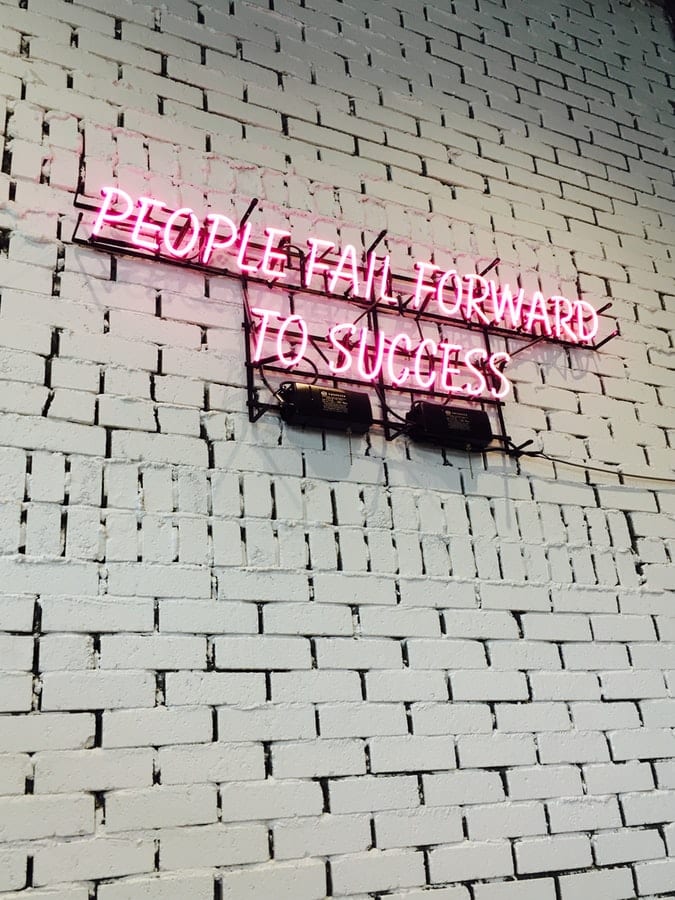 When you are not able to achieve desired goals and objectives, it is considered as failure. The state of feeling like you are not satisfied with the results that you have achieved is known as a failure. 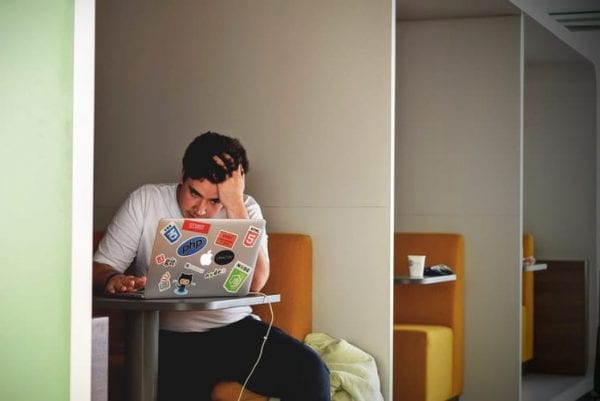 Some Famous Personalities Who Failed At First

Don’t Be Afraid To Fail: 10 Ways to Learn and Grow From A Failure

1. Part of Your Life 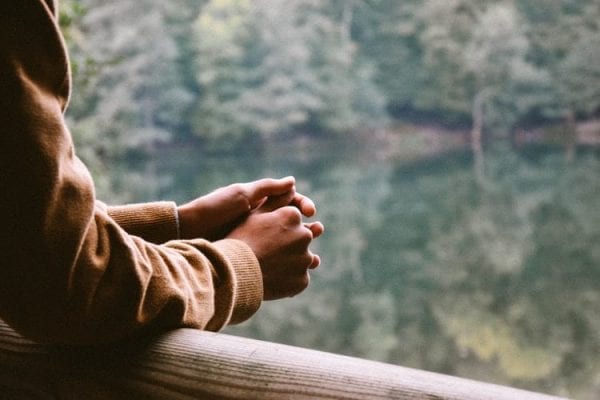 Each failure is a new experience. Every time you fail, you learn new things. It teaches you a lot so, don’t be afraid to fail, and don’t be afraid to take up new challenges because later on, it will teach you many things that you might have never thought of before.

Don’t be afraid because when you fail, you become more confident. You tend to learn things and grow from it. If you lacked confidence at first, then failure is the best way to become more confident. The way it makes you sure is that you know what went wrong initially, so you try to overcome it, and you gain knowledge from it. When you learn the experience, you tend to start believing that what you did previously requires more information and more in-depth research, so you work on it extensively.

4. We Learn to Value Everything Around Us

Failure is one of those things that make you value everything around you. You realize that people who cope with you during your failure will be the ones that will stay with you forever. You know that sooner or later, you will need help, whether it is financially or emotionally. That is when people who are close to you will stick by your side.

They turn their backs on you, and you are left wondering, “Was everything that we had even worth it?” The answer to that remains the perspective one has, but the fact remains the fact that when you fail and you have even one person beside you that sticks with you, then it is more than enough. So, don’t be afraid to lose people in the process of growing yourself.

5. Not Afraid to Take Risks

One of the best things about failure is that you become fearless. When you try out something for the first time, you are incredibly skeptical about it. You contemplate whether or not it is an excellent decision to do that thing. For example, you see your parents driving you to school every day; you look the way they are controlling that four-wheeled vehicle. Looking at the speed-breaker ahead of you, you would have wished to have control over those wheels.

You would have wished to drive the car but were too scared to do so. Finally, when you get the chance to drive the vehicle, you must have hesitated at first. You must have thought to yourself, “What if something goes wrong?” This question usually arises when you are driving the car for the first time. Even if you make mistakes, you come back more substantial the next time and try over and over again. This is what failure teaches you. It teaches you to take risks and be fearless.

6. Teaches You True Definition of Success

Don’t be afraid of the circumstances put in front of you. You will face failure before you become successful. Many famous personalities have failed a lot of times before getting success. That is when they truly realized the true taste of success. When you fail the first time, you get determined to work harder the next time. When you start putting more effort, you will then know what it feels like to be successful.

Being successful is not about what others perceive of it or what standards have been set by people in society. When you feel accomplished and content, even with the slightest achievement that you have made, then that is the true definition of success. 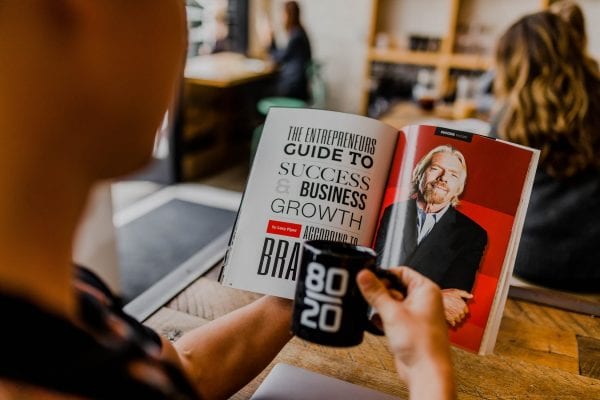 7. Drives You to Think More

Don’t be afraid to explore more in what you do. When you fail, you tend to find new ways of doing the same thing. It is only at that time when you realize that there is no “right way” to do something. There are many ways to do one thing, and you can do what works best for you.

You become more innovative when you face failure. You try out new things, and there is a sense of satisfaction to it. 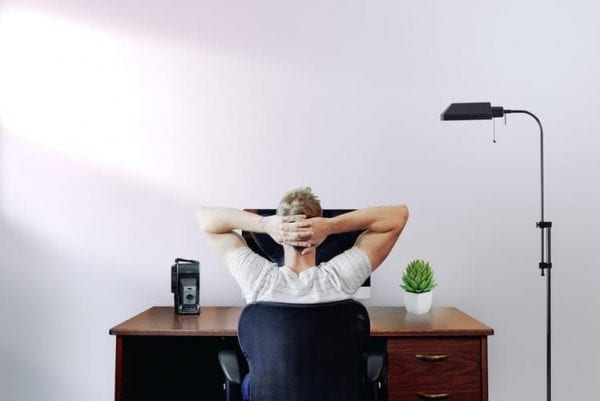 8. Makes You a Leader

When you fail a couple of times, people tend to lose expectations from you. They think of moving further, as you will make the same mistakes and that you will never accomplish what you want. But don’t be afraid of such people. Don’t be afraid of the thought process that they have of you.

You begin to gain more faith in yourself, and you think that you will succeed today or tomorrow. That is when being a leader comes into the picture. You become so independent and fearless that you become your leader. Don’t be afraid of the challenges ahead of you. Look at them as opportunities to grow and become better versions of yourselves.

9. Reminds You of Your Roots

Growing up when you learn something, you just have hope in yourself and pray that nobody judges you in your learning process.

Imagine doing something for the first time; you have many people around you and see how you do it. You pray that you do not make a single mistake, but yet you do. You look around and see people having their eyes on you, and you hope that they would not think that you cannot do something. That is what not failure is but the mere fear of it. You doubt that you may fail, and that becomes the scariest part.

When you go through such a process in your life, and you see dozens of people just like you and you find yourself being in on the other side of the spectrum, it is only then when you where your roots are. Failure makes you more empathetic because you know what it takes to be finally able to accomplish something.

Failure makes you a problem-solver. You know what went wrong the last time, and you do not repeat the same mistake. That is one of the traits of problem-solver. You gain more knowledge and more experience when you fail, and that is how you achieve what you desire.

Therefore, failure is critical in everyone’s lives. So, don’t be afraid of it. Learn to grow from your mistakes, and that is how you will be satisfied and content. The celebrities who have failed initially but kept trying are now thriving. Nobody is perfect, and you need to realize that. You may admire someone and think that they would never mistake, but until and unless you are not making mistakes, you are not learning anything.

In school, whenever you made mistakes on a specific word or spelling, and your teacher rectified it, you must have remembered that particular word or spelling for a more extended period. Similarly, if you make a mistake and correct it, you will have that knowledge forever. 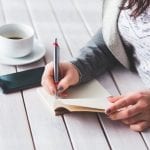